1818 Franz Pluth Map of the Pacific Coast of North America 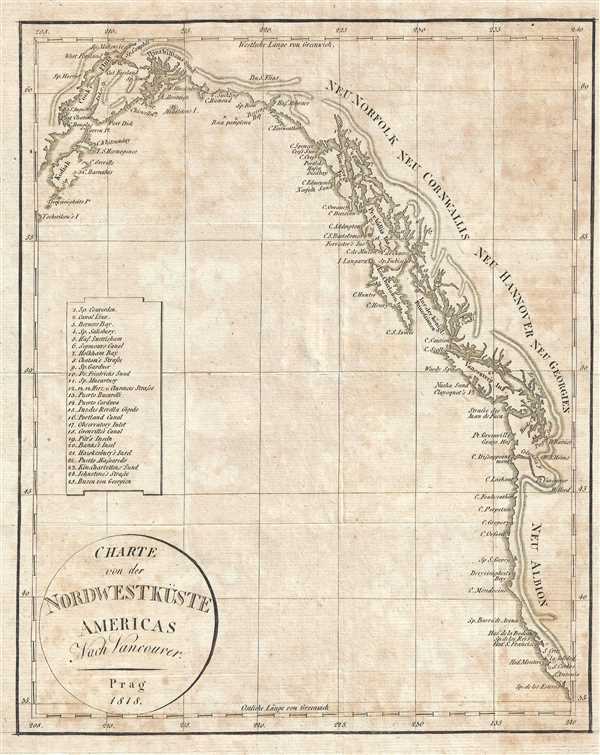 1818 Franz Pluth Map of the Pacific Coast of North America

This is an 1818 Franz Pluth Map of the Pacific coast of North America. The map depicts the region from Kodiak Island and Cook Inlet in Alaska along the Canadian coastline to Washington, Oregon, and California in the United States. Numerous locations along the coastline are labeled, including Prince William Sound, Prince of Wales Island, Vancouver Island, Puget Sound, the Columbia River, San Francisco Bay, and Monterey Bay. Sir Francis Drake was the first to name the west coast of the United States New Albion when he arrived in what is now northern California in 1579. He chose the name for two reasons: first, because the coastline evoked images of the English coastline in his view, and because Albion was an archaic word by which the island of Great Britain was once known. Twenty-five locations are numerically identified along the coastline and correspond with an index situated along the left border.