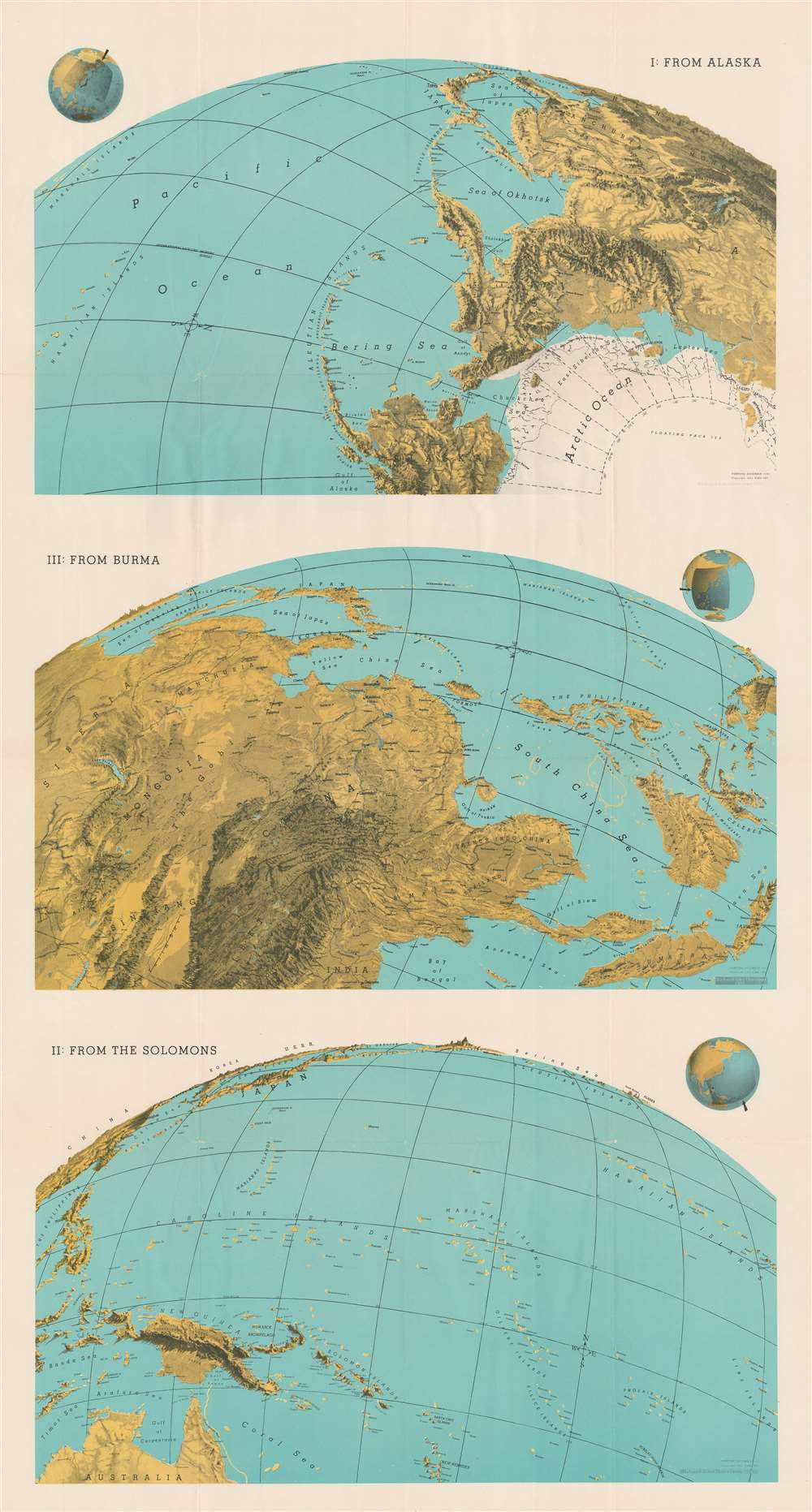 This 1943 Richard Edes Harrison map of the Pacific exemplifies his innovative spherical projection - successfully employed in countless WWII maps. Harrison uses the Pacific Ocean, an important World War II theater, to present his new cartographic paradigm. Here, Harisson exaggerates vertical topography to stand out prominently on land spherically projected to imitate a relief globe. The result leads the reader to interpret the often localized events on which he is focusing, from a global perspective. Today Google Earth and other mapping apps adopt a similar approach. Harrison's audience in 1943, obsessed with every detail about the global war, responded enthusiastically to his approach.

Harrison divides the Pacific Ocean into three different views: from Alaska, from Burma, and from the Solomon Islands. Astute readers in 1943 would have recognized all three as critical World War II battlegrounds. By employing his spherical projection, Harrison conveys with more immediate visual accuracy and force the vastness of the Pacific. He labels many important locations in the Pacific War but does not clutter the map itself with notes about the war.

This map was created in 1943 and published by FORTUNE Magazine. One example is cataloged in OCLC and is part of the collection at Pennsylvania State University. A collection stamp from the Ashtabula Public Library in Ohio appears on the verso. We have contacted the library and confirmed that it was legally deaccessioned in the 1990s.