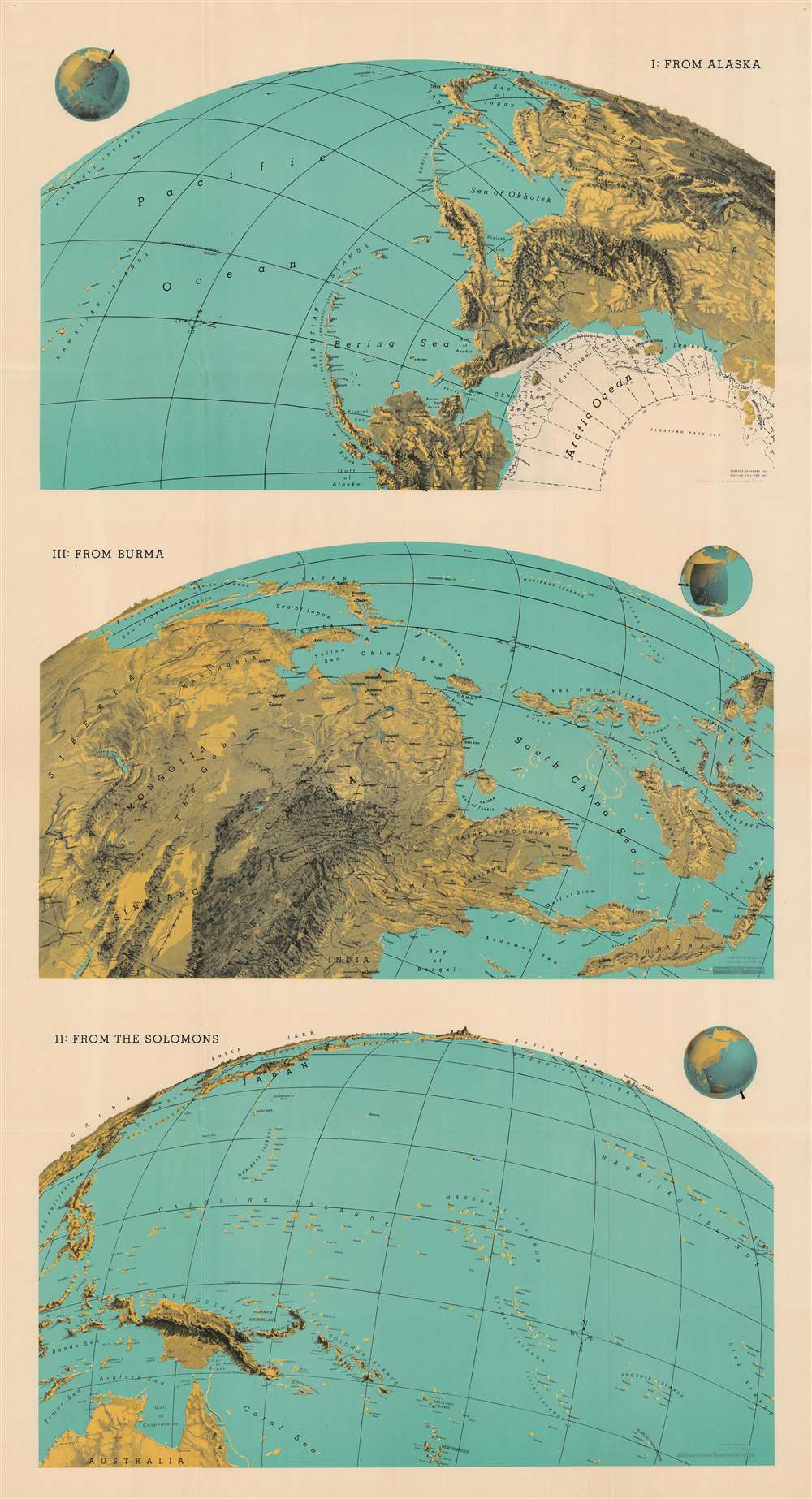 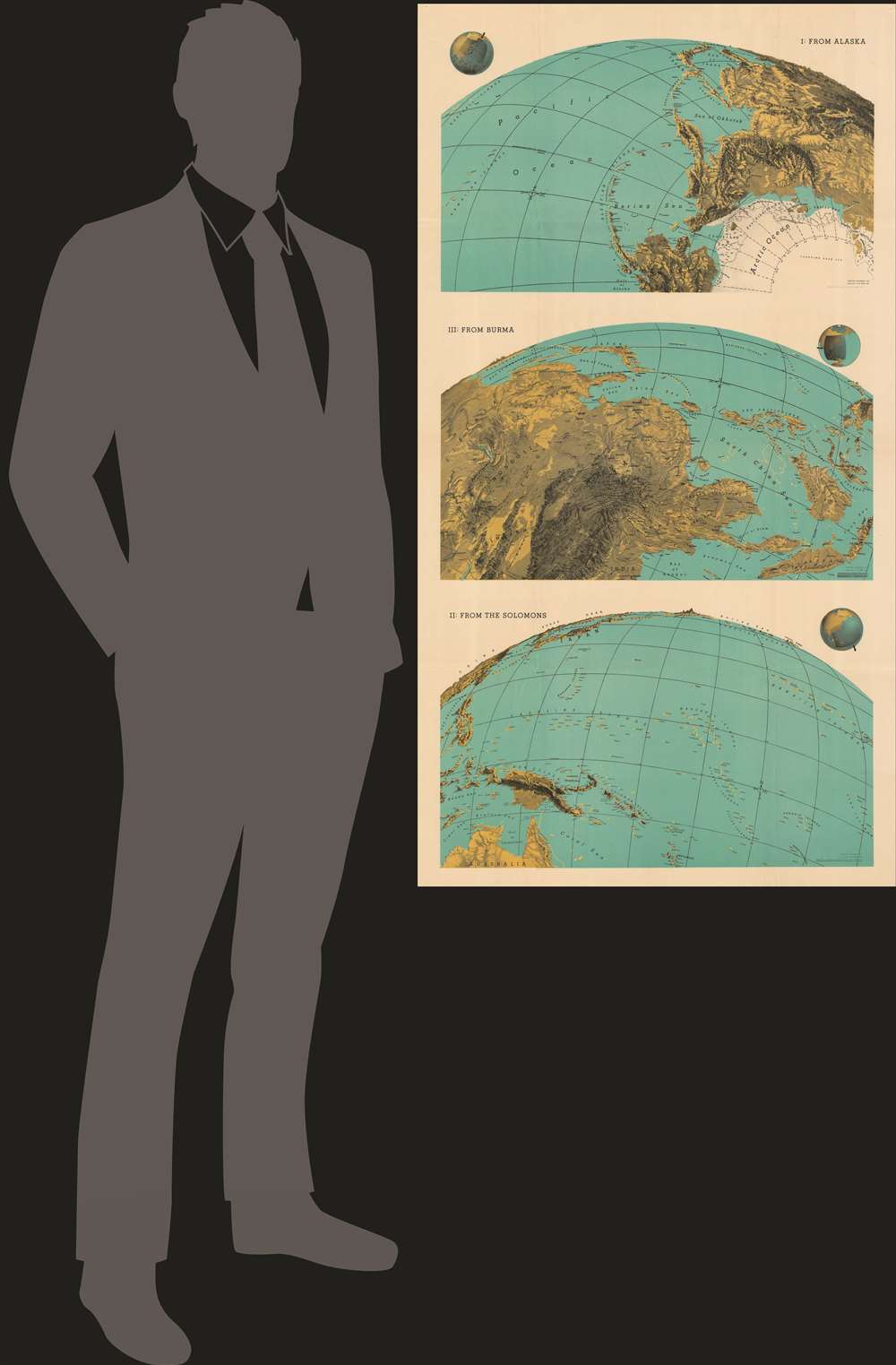 This 1943 Richard Edes Harrison map of the Pacific exemplifies his innovative spherical projection, which he employed to good effect in his maps produced leading up to and during the Second World War. Many of Harrison's wartime readers responded enthusiastically to his approach - although isolationist critics complained that his decision to abandon more familiar projections was a polemical choice intended to emphasize the proximity of various theatres of war to American interests - particularly in the maps he produced prior to America's entry into the war. This was less the case with this triple map, printed well into the conflict and focusing on the likely approaches to Japan that might be exploited by the United States.

Harrison divides the Pacific Ocean into three different views: from Alaska, from Burma, and from the Solomon Islands. Astute readers in 1943 would have recognized all three as critical battlegrounds for the containment and defeat of Imperial Japan. By employing his spherical projection, Harrison conveys the key island chains pointing at Japan, rather than the sheer vastness of the Pacific. Apart from labeling key locations, Harrison lets the map's visceral depiction of land masses speak for itself, rather than cluttering the images with descriptive text.

This map was created in 1943 and published by FORTUNE Magazine. One example is cataloged in OCLC and is part of the collection at Pennsylvania State University.