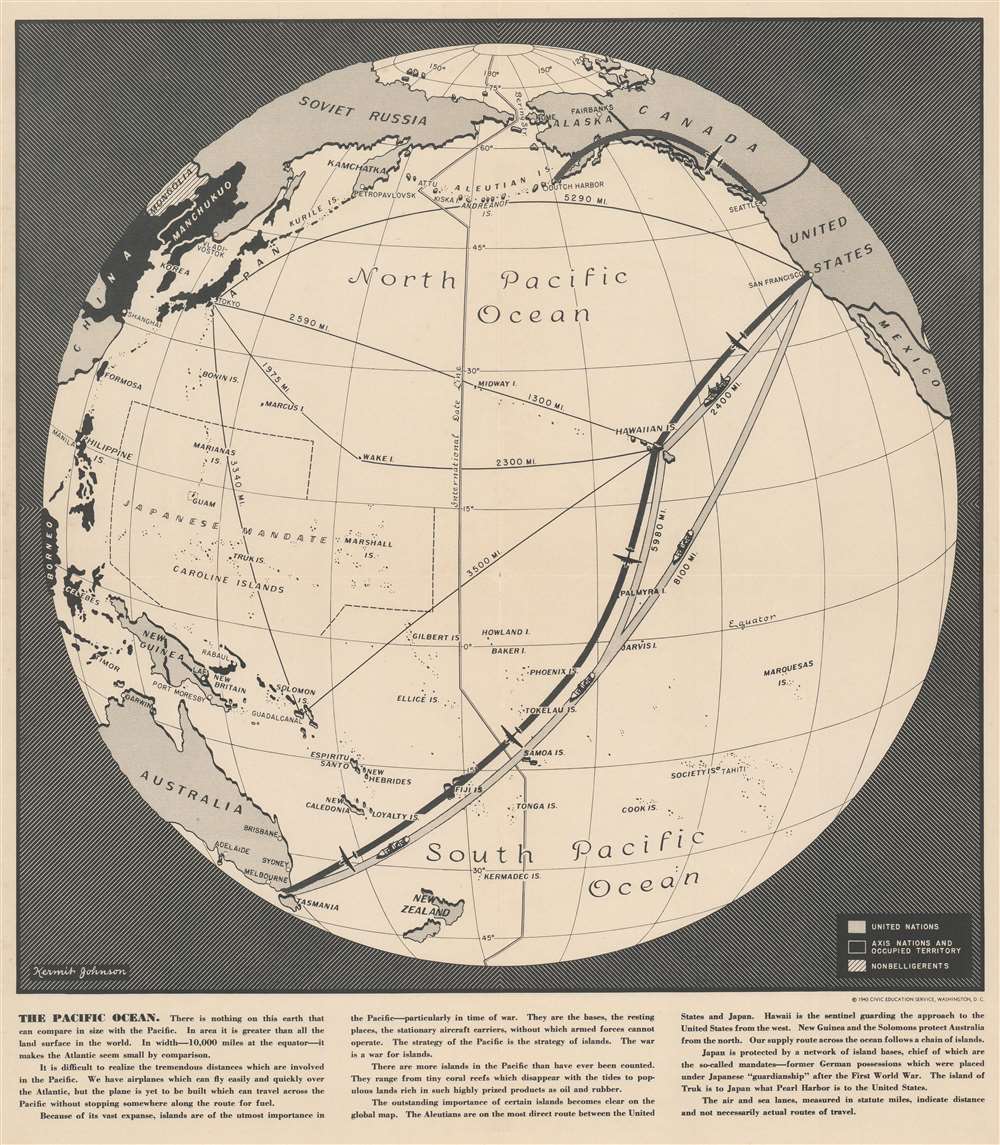 This is a 1943 Kermit Johnson and Civic Education Service map of the Pacific during World War II. The map's main focus is the vast distances involved in fighting a war across the Pacific. It illuminates in a simple, straightforward way the challenge of transporting troops and supplies from the United States to Australia, where American supplies were staged. The text along bottom border puts this in perspective, 'In area it [the Pacific] is greater than all the land surface of the world. In width - 10,000 miles at the equator - it makes the Atlantic seems small by comparison.' Johnson uses silhouettes of cargo ships and planes to differentiate between routes (although they are illustrated here as being practically identical).

The text also emphasizes the importance of islands for the Pacific War, calling them 'stationary aircraft carriers' and highlighting the important role they play as staging areas, places for soldiers to relax, and refueling stops for airplanes flying from the U.S. and Hawaii. Both Japan and the Allies relied on islands to project power across the Pacific. While little detail is provided about the current state of the war, areas occupied by Japan, including China, Manchukuo, the Philippines, Indonesia, and the Solomon Islands, are shaded black.

This map was drawn by Kermit Johnson and published by the Civic Education Service in 1943. At least two other maps were published in this series and illustrate the Atlantic Ocean and the Indian Ocean. Examples of the Atlantic Ocean and Indian Ocean maps are catalogued in OCLC, but the Pacific Ocean map does not appear, making this the only example we have been able to trace.

Very good. Exhibits light wear along original fold lines. Blank on verso.
Looking for a high-resolution scan of this?