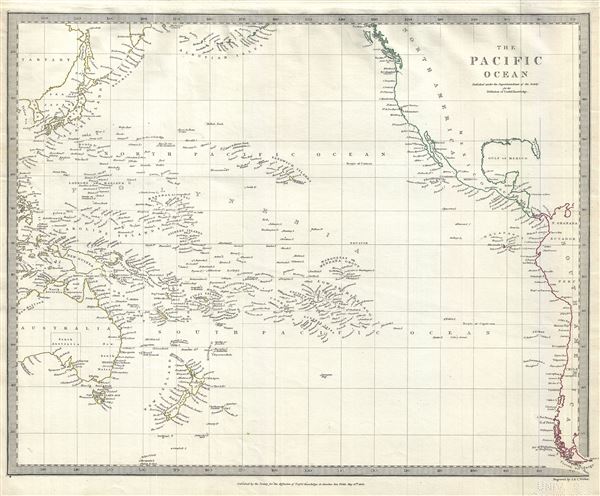 This is a fine example of the 1840 Society for the Diffusion of Useful Knowledge or S.D.U.K. map of the Pacific Ocean. Centered on the Sandwich or Hawaiian Islands, it depicts the entirety of the Pacific Basin along with portions of the surrounding continents. The map covers from the Sea of Okhotsk south as far as Tierra del Fuego and from The Philippines east to Lake Maracaibo. Includes Australia. Although the interiors of the continents remain blank, the coastal regions are highly detailed. Numerous islands of Polynesia, Melanesia and Micronesia are noted along with the years of their discovery. The disputed sea between Japan and Korea is here identified in favor of Japan.