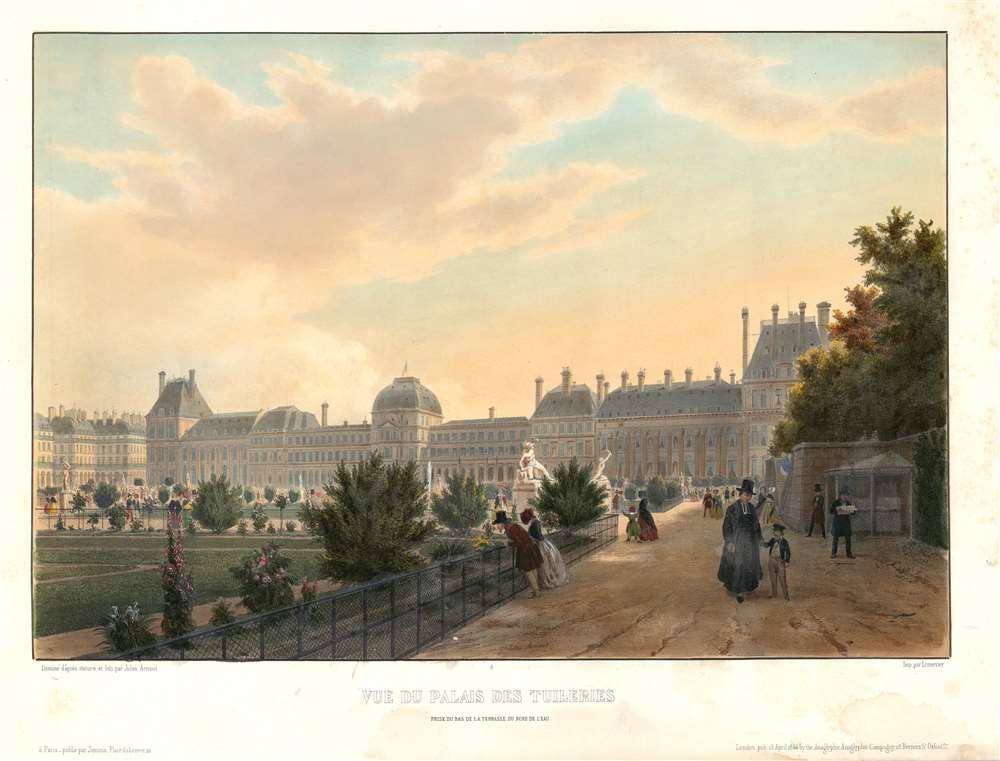 A beautiful color view of a Parisian palace that was burned during the French Commune.
$375.00

This view was drawn Jules Arnout 'd'après nature', which implies that he sketched the view while sitting in front of the Palais des Tuileries, printed by the Lemercier firm, and published by Henri Jeannin c. 1845. We are aware of only one example in institutional collections at the Musée Carnavalet in Paris, which is in black and white.