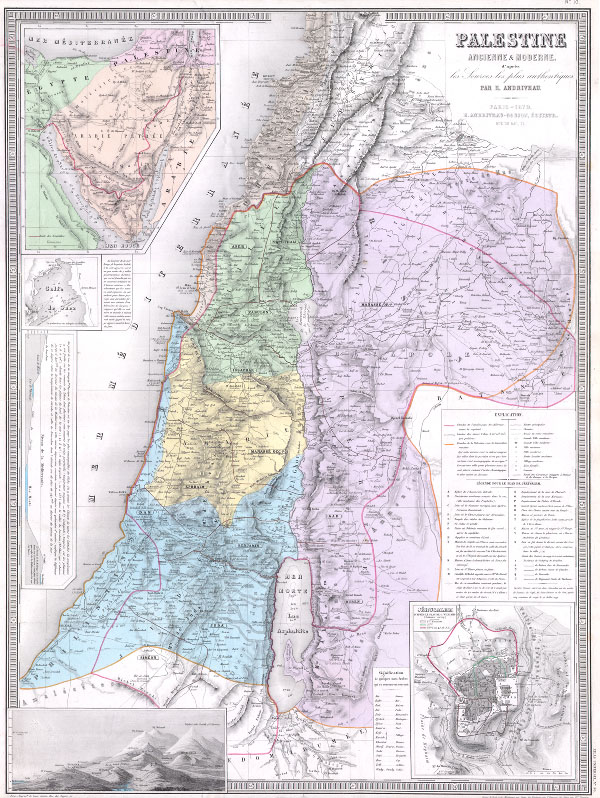 An extremely attractive and impressive map 1870 of Palestine, Israel, or the Holy Land by French cartographer E. Andriveau-Gujon. Covers the regions of modern day Israel, Lebanon, Syria, Jordan, and the Sinai in considerable detail. Identifies both archaic and modern place names and offers a wealth of both political and geographical information. In the lower left hand quadrant there is a detailed inset of Jerusalem. The lower left quadrant hosts a comparative elevation chart or mountains chart. Looking to the upper left quadrant we find several insets including a map of the Sinai, a detail of the Gulf of Suez, including depth soundings and ferryboat crossings and a land profile chart of the Mediterranean basin. Published by the French cartographer E. Andriveau-Goujon on Rue de Bac, 21, Paris, France for issue as plate 18 in the 1870 edition of Andriveau-Goujon's Atlas Universel….