1864 Mitchell Map of Palestine, Israel or the Holy Land 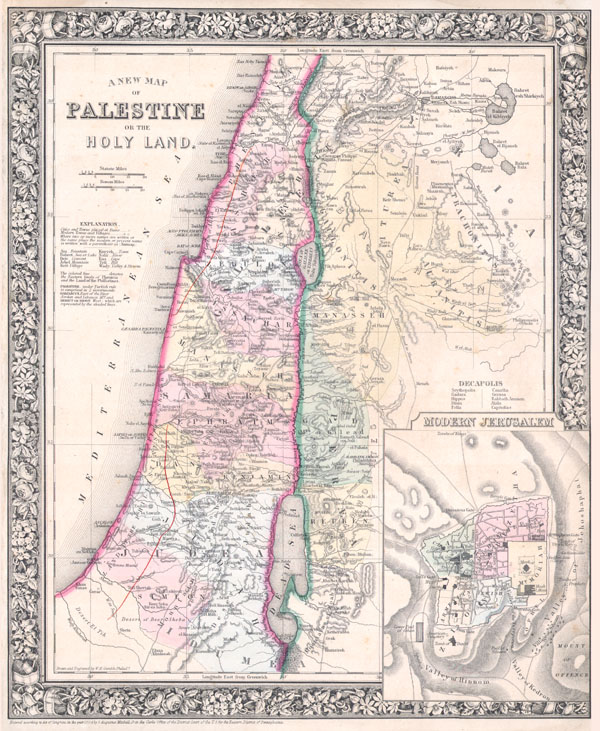 1864 Mitchell Map of Palestine, Israel or the Holy Land

A beautiful example of S. A. Mitchell Jr.'s 1864 map of Palestine, Israel or the Holy Land. Updated from the 1860 variant with new details, an inset of Jerusalem, and a new 1864 copyright. Includes both political and geographic features and references to both Biblical and modern locations. Includes a note on the ten cities that made up the Roman Decapolis, the ruling body of the region. One of the most attractive American atlas maps of this region to appear in the mid 19th century. Features the floral border typical of Mitchell maps from the 1860-65 period. Prepared by W. H. Gamble for inclusion in the 1864 issue of Mitchell's New General Atlas. Dated and copyrighted, 'Entered according to Act of Congress in the Year 1864 by S. Augustus Mitchell in the Clerk's Office of the District Court of the U.S. for the Eastern District of Pennsylvania.'