1854 Colton Map of Israel, Palestine, or the Holy Land 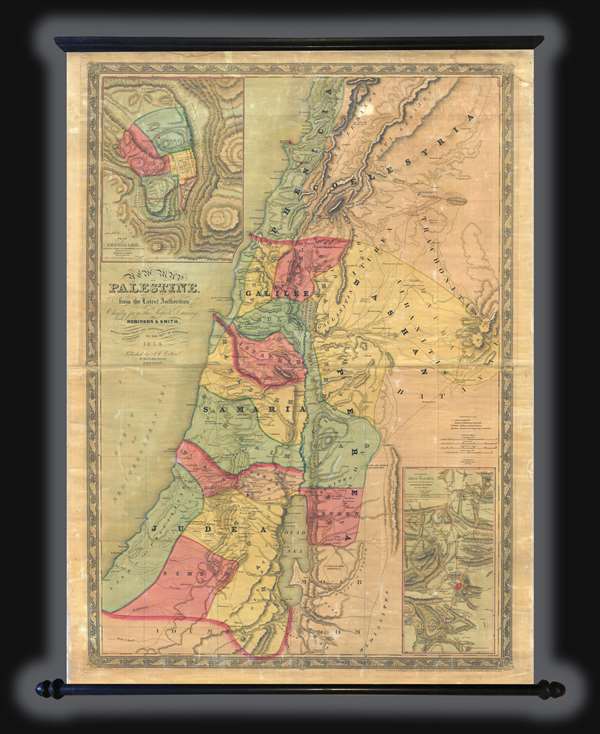 1854 Colton Map of Israel, Palestine, or the Holy Land

Utilizes ancient Biblical nomenclature when labeling locations around the region.
$950.00

This is an 1858 Joseph Hutchins Colton wall map of Israel, Palestine, or the Holy Land. The map depicts the region from modern-day Lebanon and Syria to southern Israel and from the Mediterranean Sea to western Jordan. The clear majority of the labels employed on the map are the ancient names for regions and cities, like Phoenicia (Phenicia). In some cases, modern names are included in italics, such is the case with Berytus, or Beirut. The Holy Land is divided into regions controlled by the tribes of Israel, with cities, towns, and roads depicted. Cities such as Hebron, Bethlehem, Jerusalem, and Gaza are labeled, as well as Damascus. The Dead Sea is illustrated. An inset map of the Plan of Jerusalem is located in the upper left corner, along with an inset map of the Environs of Jerusalem in the lower right corner.

This map was published by Joseph Hutchins Colton in 1854.