1855 Colton Map of Israel, Palestine or the Holy Land 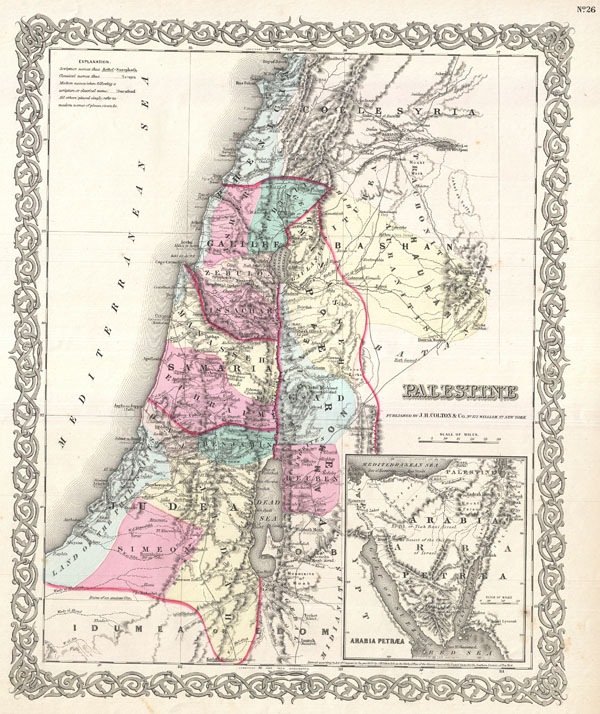 1855 Colton Map of Israel, Palestine or the Holy Land

A beautiful 1855 first edition example of Colton's map of Palestine, Israel or the Holy Land. Includes the modern day nations of Israel, Palestine and Lebanon with parts of adjacent Syria and Jordan. Notes both ancient and contemporary place names as well as the locations of Biblical events and ruined cities. Color coded according to the various Tribes of Israel. Throughout the map, Colton identifies various cities, towns, forts, rivers, desert oases, and an assortment of additional topographical details. An inset map in the lower right quadrant details the Sinai Peninsula, where the cartographer notes the 'Fountain of Moses,' Mount Sinai, Mount Horeb, and St. Catherine's Monastery (which to this day claims to house the Burning Bush). Surrounded by Colton's typical spiral motif border. Dated and copyrighted to J. H. Colton, 1855. Published from Colton's 172 William Street Office in New York City. Issued as page no. 26 in volume 2 of the first edition of George Washington Colton's 1855 Atlas of the World.