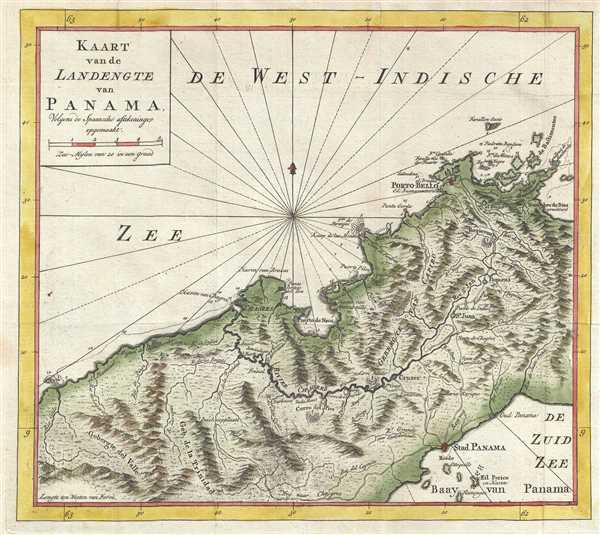 This is a 1765 Isaak Tirion map of the isthmus of Panama. The map depicts the region from the west, from the Caribbean Sea to the Pacific Ocean. Highly detailed, the map illustrates rivers, streams, bays, roads, and several settlements. Porto-Bello and Panama City are among the labeled settlements. Several mountain ranges are indicated throughout the region. Safe harbors are indicated by small anchors and several locations along the coast are labeled.