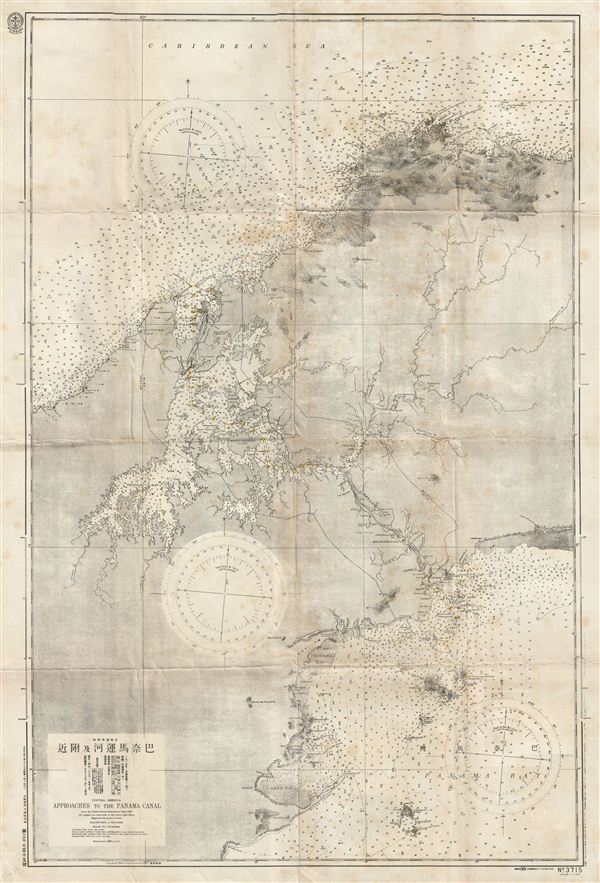 A scarce Japanese World War II ear nautical chart or maritime map of the Panama Canal. The map covers the entire Canal Zone as well as the adjacent shores and islands on both the Pacific and Panama Bay sides of the isthmus. Like most Japanese charts of this period, the hydrography is based upon earlier charts by U.S. Navy and British Admiralty. The current example has been updated to 1926 from the original U.S. Government Chart of 1915. Includes countless depth soundings, some topographical detail. Nautical routes, and notations on lights and buoys. Issued as Japan Hydrographic Department chart no. 3715.

Good. Buckling at original fold lines. Some spotting and toning.