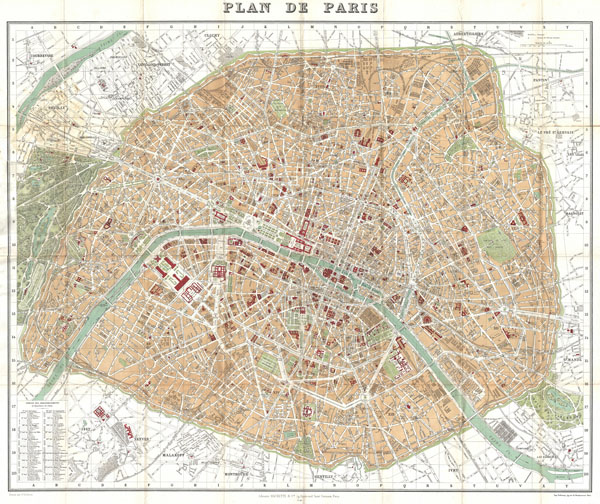 This is a large format folding map of Paris dating to 1892. Covers the old walled city of Paris plus surrounding areas from the Bois de Boulogne to the Bois de Vincennes. Names countless important buildings, gardens and streets, including the Eiffel Tower, the Louvre, the Hotel des Invalides, the Jardin des Tuileries, and many other Parisian landmarks. Lithograph color. Prepared by A. Vuillemin for Hachette and Co. of 79 Boulevard Saint Germain, Paris.

Good conditon. A couple of verso repairs and some wear along original fold lines. Also minor verso repairs where map was originally bound into binder. Original gray linen binder included.
Looking for a high-resolution scan of this?