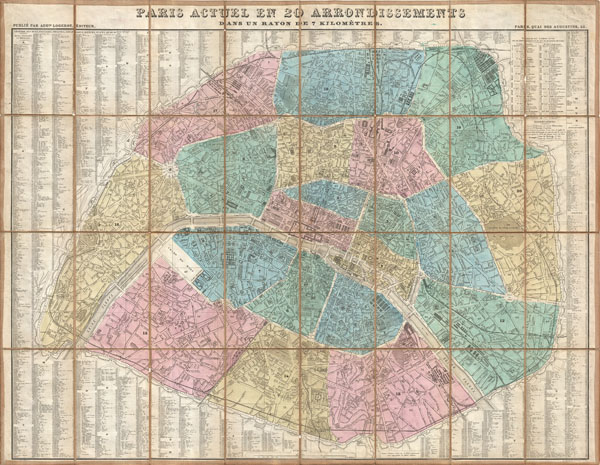 A stunningly folding map of Paris, France, dating to 1867. Logerot drew this map to illustrate Napoleon III and Georges-Eugène Haussmann's revolutionary modernization of Paris. Shows the 1860 repartitioning of the arrondissement system into 20 distinct zones as well as Haussmann's broad networks of avenues and thoroughfares. Elegant highly detailed engraving reveals important buildings, parks, streets, and fortifications. Dissected and mounted on linen in 32 panels for easy folding and unfolding. Published by the A. Logerot.

Very good condition. Dissected and mounted on linen.
Looking for a high-resolution scan of this?