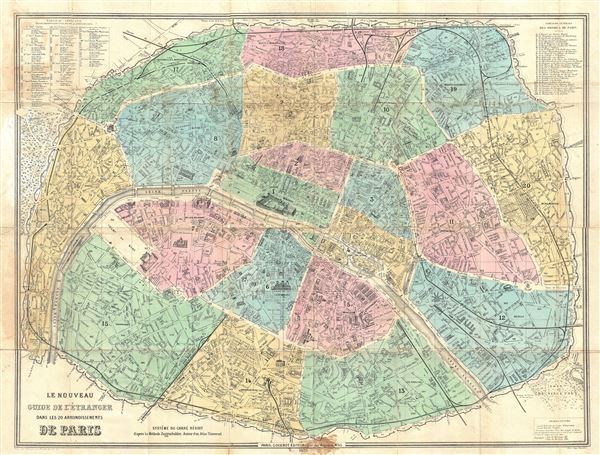 This is an extremely attractive 1873 map of Paris, France by A. Logerot. Centered on the Seine, this map covers central Paris as contained by the Thiers Wall. Reflects the transformation and modernization of Paris under Napoleon III and Georges-Eugene Haussmann. The map is divided and color coded into 20 arrondissments (20 administrative districts), detailing individual buildings, streets, monuments, gardens and palaces. This map predates the Eiffel Tower, and shows exceptionally remarkable attention to detail in the public gardens where subtle expressions of landscape design are apparent. Throughout important buildings are drawn in profile. Indexes are included in the upper left and right quadrants. Published by A. Logerot in 1873.