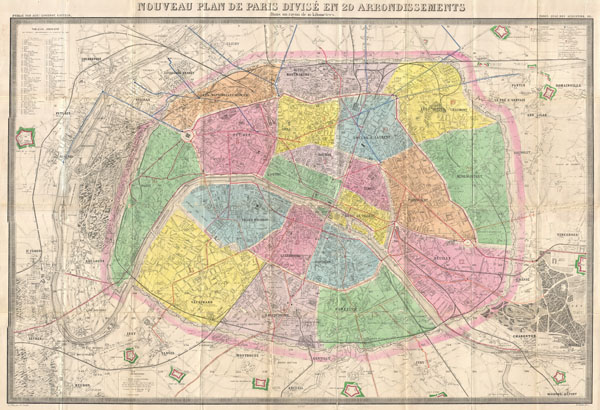 An extremely large 1878 pocket of Paris by A. Logerot. Covers the walled center of Paris as well as its immediate vicinity, including the Bois de Boulogne and Bois de Vincennes. All streets and many important buildings are noted throughout. Color coded by arrondissement. All text in French. This map was first issued by Logerot in 1859 and updated annually through the 1880s. This is the 1878 edition drawn by Ch. Smith. It was originally purchased by A. H. Green from F. W. Christern, a stationer and bookseller established at University Place, New York. A. H. Green, whose signature appears inside the front panel of the original binder, acquired this map in preparation for his European Tour.