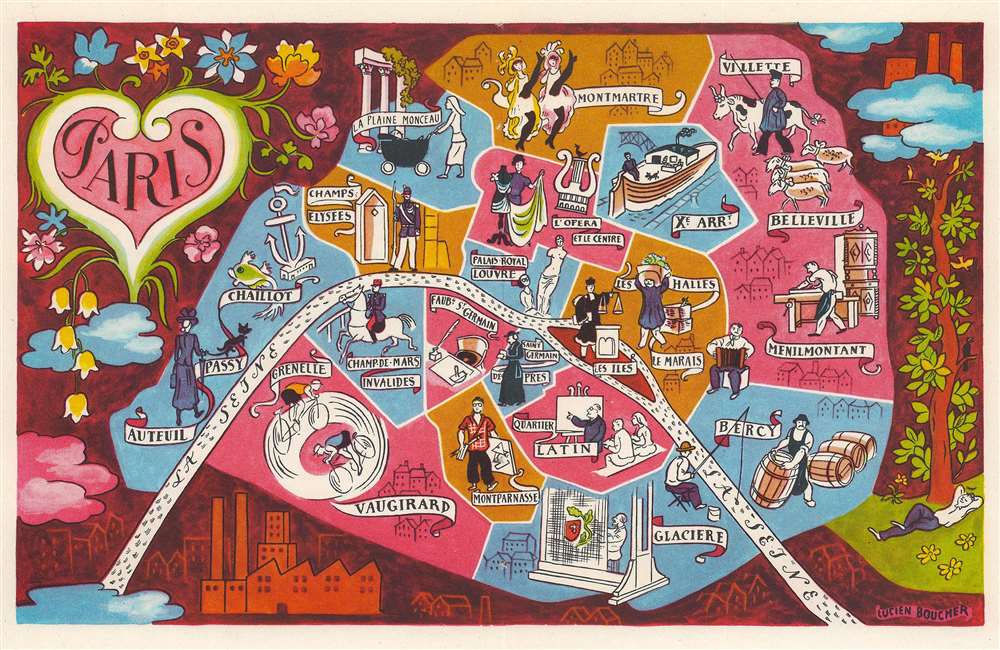 This is a c. 1949 Lucien Boucher pictorial map of Paris, France. Pictorial vignettes illustrate Paris's most famous neighborhoods, including Saint-Germain-des-Prés, Champs-Elysées, Belleville, Menilmontant, Le Marais, and the Quartier Latin. Moulin Rouge showgirls can-can in Montmartre and a tourist admires the Venus de Milo in the Louvre. A canal boat plies the waters of the Canal Saint Martin and a military officer appears on horseback in Champ-de-Mars-Invalides. The Seine curves through Paris and the city is surrounded by a beautiful pictorial border.

This map was created by Lucien Boucher and published c. 1949 in Doré Ogrizek's Paris tel qu'on l'aime. Separate examples of the map are rarely seen on the market, but the book appears from time to time. The book is well represented in institutional collections.

Very good. Light wear along original centerfold. Miniscule areas of loss along centerfold where once bound into volume. French text on verso.