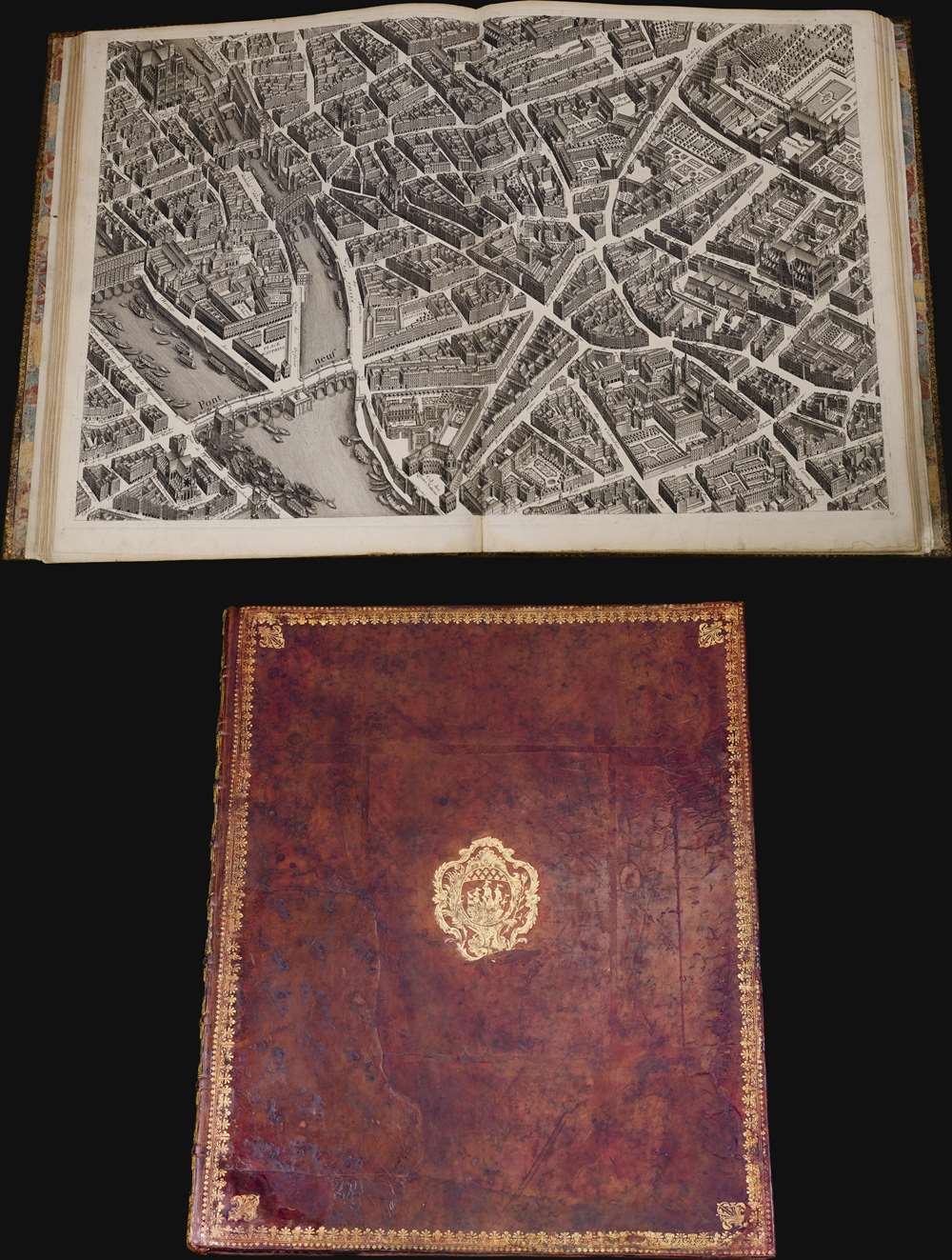 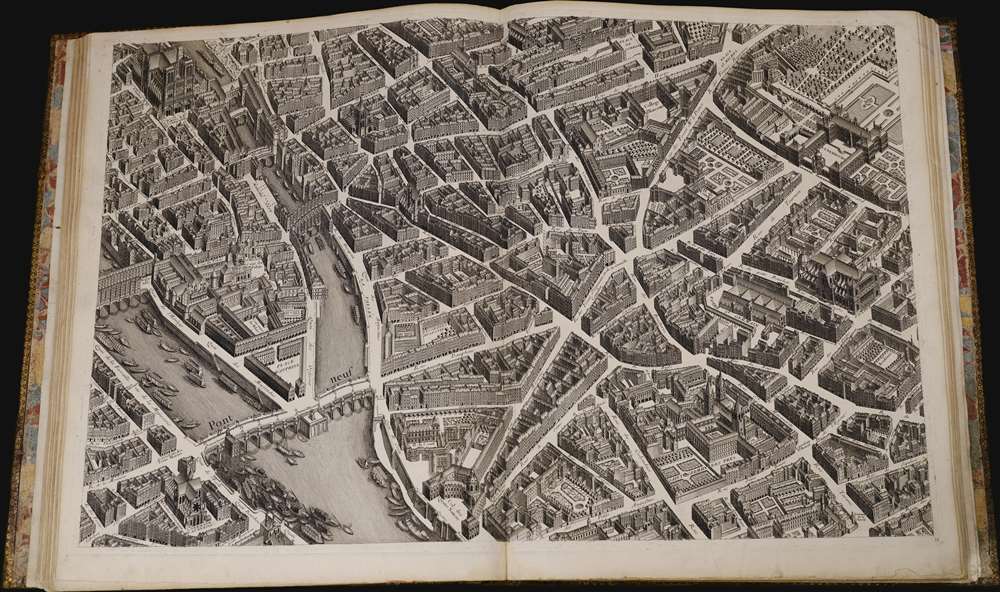 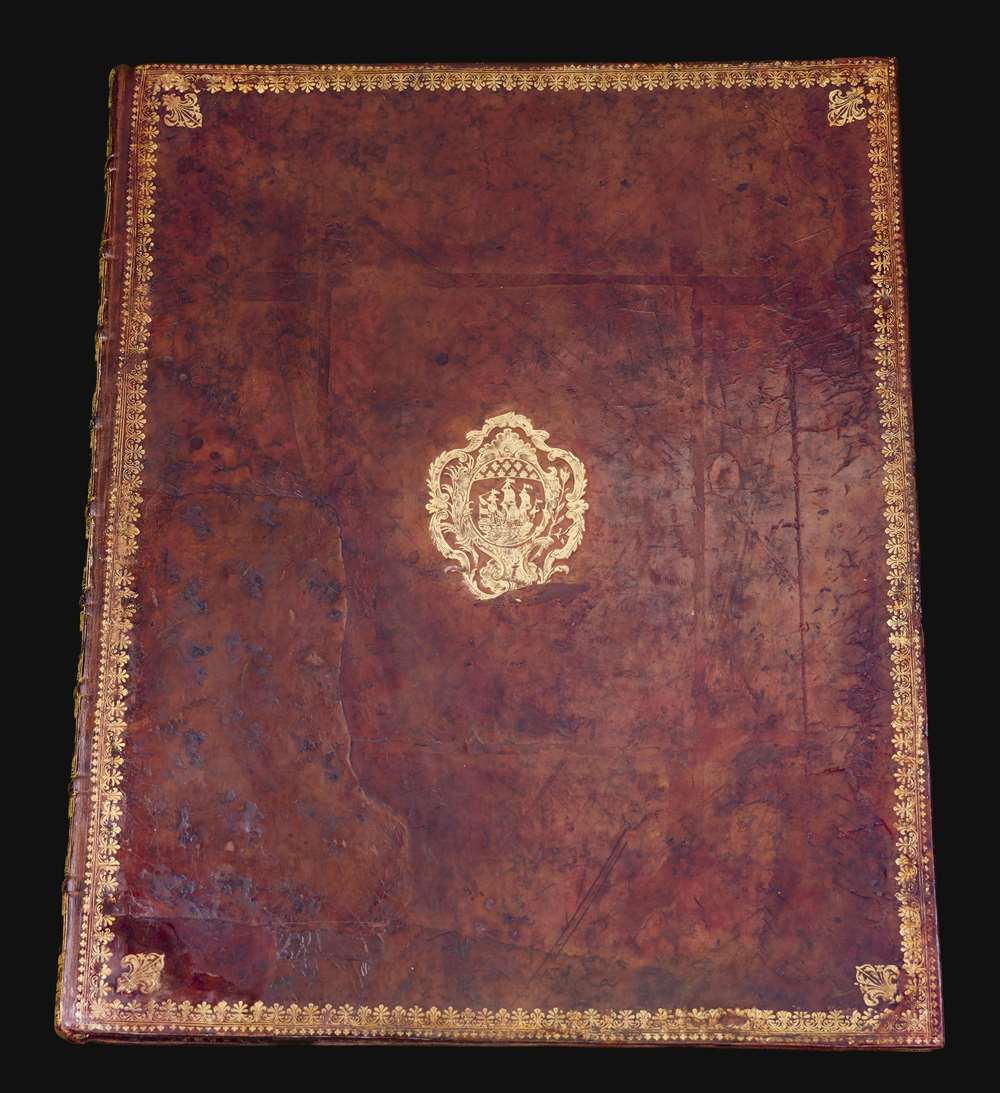 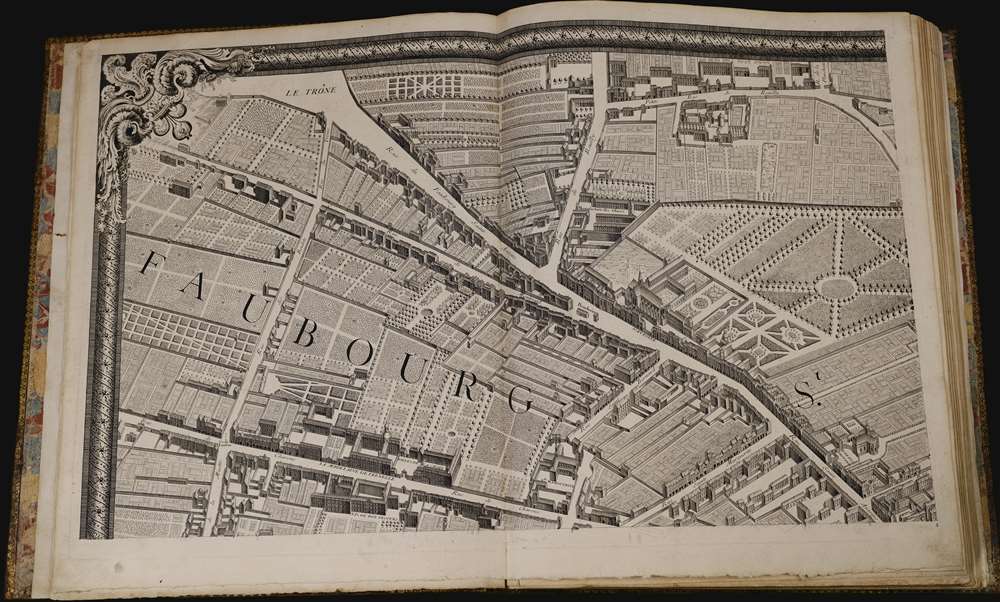 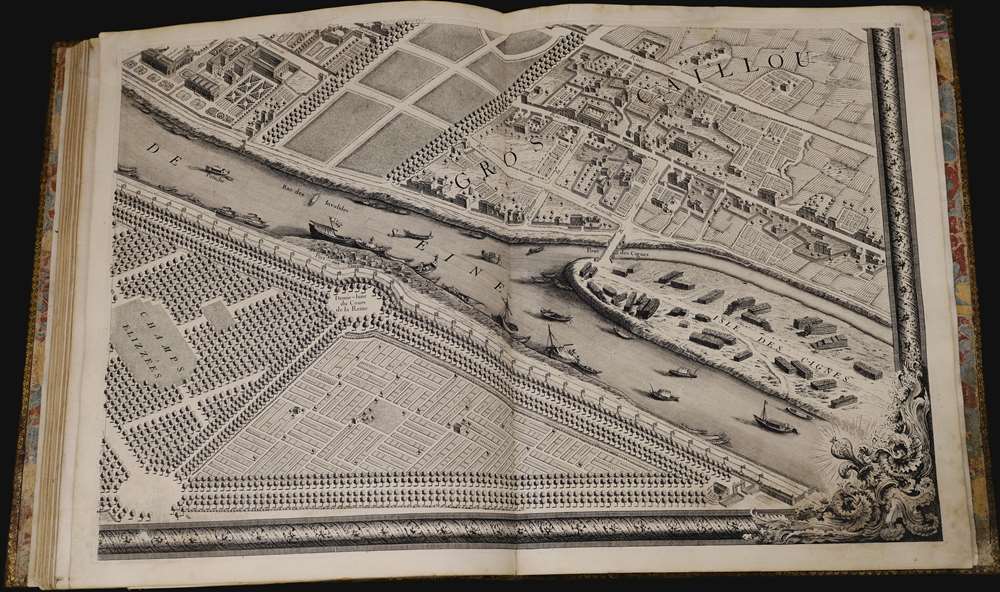 Finest Engraved Plan of Paris in its Sole Original Edition.
$21,000.00

This is Louis Bretez and Michel-Etienne Turgot's monumental 1739 map of Paris, in a beautiful, bound example. Turgot's map of Paris - possibly the most ambitious urban mapping ever undertaken - shows the whole of 18th century Paris, offering an unparalleled view of the city prior to the 19th century redesign by Baron Georges Eugène Haussmann: every structure within the city at the time is here depicted. Turgot, who held the mayor-like office of Prevôt des Marchands de Paris , commissioned Louis Bretez and Claude Lucas to produce this map. Oriented to the east on an axonometric projection, this map is best understood as an aerial view in which every building, window, tree, shadow, and park are shown from an equidistant aerial perspective. In order to produce the thousands of sketches and surveys required to complete this map, Bretez was issued a permit to enter every building in Paris. It took the team nearly five years of exhaustive sketching and surveying to assemble this masterpiece.

The Turgot map, as it is commonly known, was first issued in 1734. It consisted of twenty individual sheets that can be assembled into a massive and striking display roughly 10 by 8 feet (316 x 245 centimeters).

Very good condition. Large folio Bound in calf, gold-tooled on spine; with 21 plates on heavy paper numbered 1-20 (two joined and folding) and one key plate. Minor dampstaining to a few rear pages, isolated to margins, else a beautiful, bright example. (Size given is for entire plan if joined.)