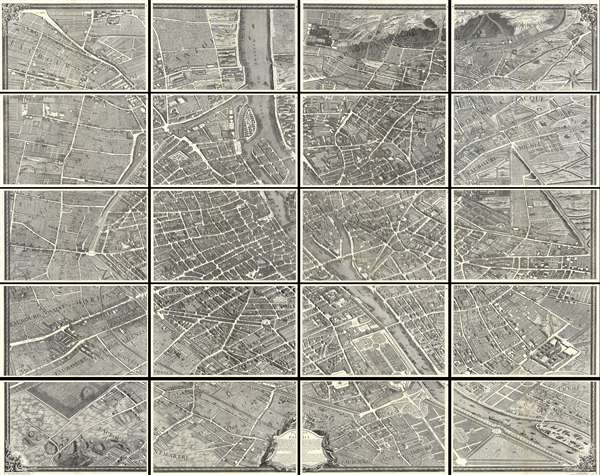 The completed map, which consists of twenty individual sheets, can be assembled into a massive and striking display roughly 8 feet high by 10 feet wide. Twenty loose sheets wrapped in a cardboard folio, this is Alphonse Taride's c. 1900 issue of Bretez's Plan de Paris. This is the finest example, by far, of this edition of the Turgot Plan we have ever seen.

Very good. The finest example by far of this edition of the Turgot Plan that we have ever seen. All sheets have ample margins which can be trimmed for tight framing. One sheet has a repaired tear, but it only effects the margin.