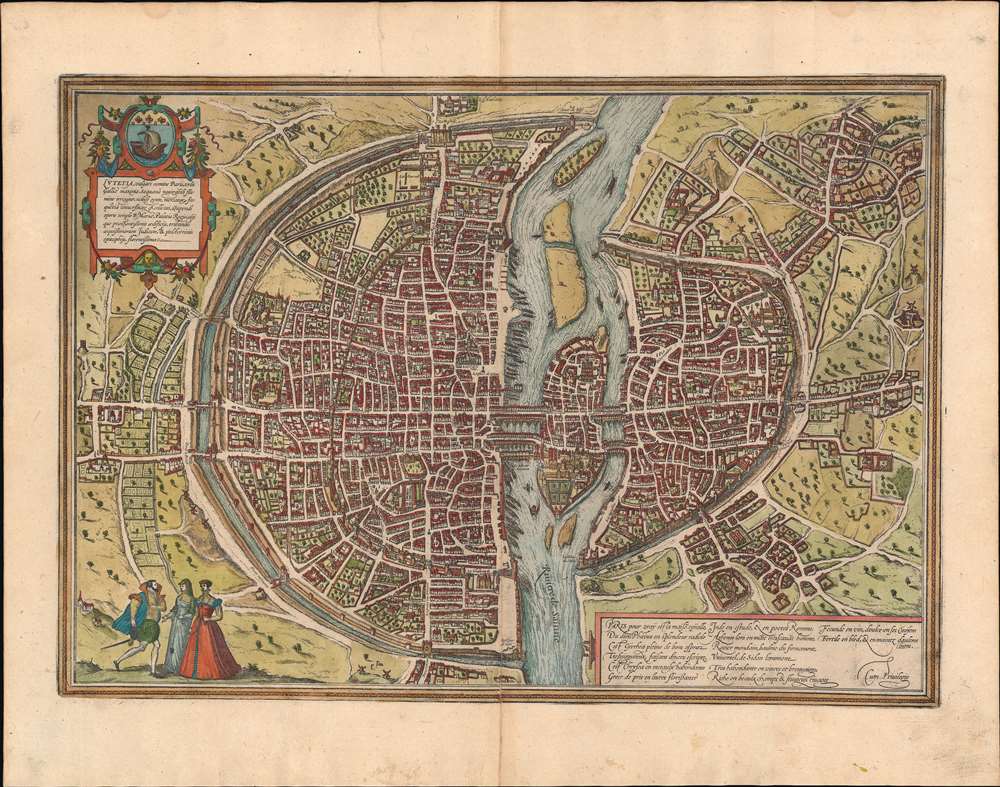 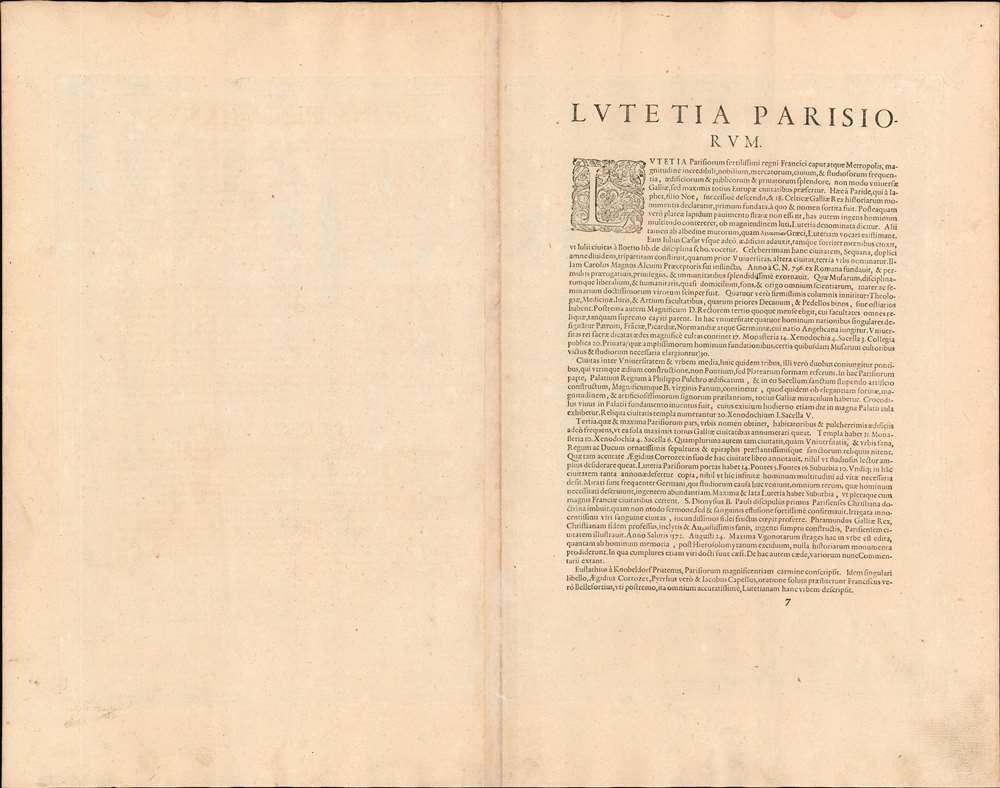 A handsome example of the Braun and Hogenberg's 1572 map and view of Paris, France. With the Seine flowing at center around the Île de la Cité, this view looks on Paris from the northwest, with the top oriented to the southeast. The city is presented from an equidistant bird's-eye perspective wherein all structures are rendered in view form, but from a uniform height and angle relative to all individual points. Fertile fields surround the city, and the river bustles with boats, suggesting richness and prosperity. In the bottom left corner, a man greets two women, all wearing clothing corresponding to the Spanish-influenced fashion norms of 1560 - 1570. The Bastille, a prison infamous even prior to the French Revolution, appears here at top center, surrounded by a moat. The 1550 bastion, appearing to the left of the main structure of the Bastille is also evident. The map's title 'Lutetia,' is the Latin name for Paris which, by the 16th century, had largely been phased out but still appeared in academic references.

Text under the cartouche, below the title, reads

Text on the verso includes Georg Braun's description of Paris:

While Braun's description describes Paris in the late 16th century, at a time when the population was nearly 200,000. An era of exceptional prosperity, under Henry IV (1553 - 1610), was about to begin. The map itself is nonetheless representative of an earlier era, c. 1530.

The Source Map: the 'Plan Premier'

This map appeared with few changes in various editions of Braun and Hogenberg's Civitates Orbis Terrarum , volume 1, issued between 1572 and 1623. The engraving is the work of Franz Hogenberg and the descriptive text complied by Georg Braun. The typography of the text on the verso is a variant not catalogued in Boutier: while the pagination and the amount of text (Arabic numerals for the page number, and fifty lines of text) corresponds to either a 1595 or a 1612 edition of the Civitates Orbis Terrarum, the title typography differs from any that Boutier reports.

Very good. Centerfold mended at bottom, with some scuffing. Else excellent with a bold, sharp strike.