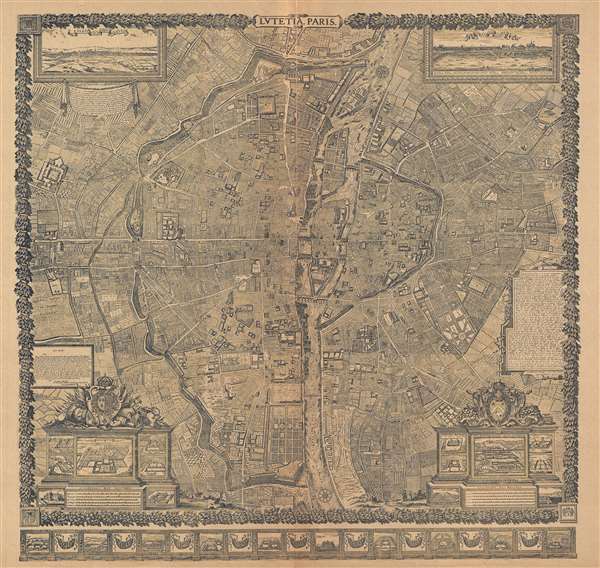 Intricately engraved and revolutionary city map or plan of Paris
$300.00