1850 Basset Chart of the Flags of Nations 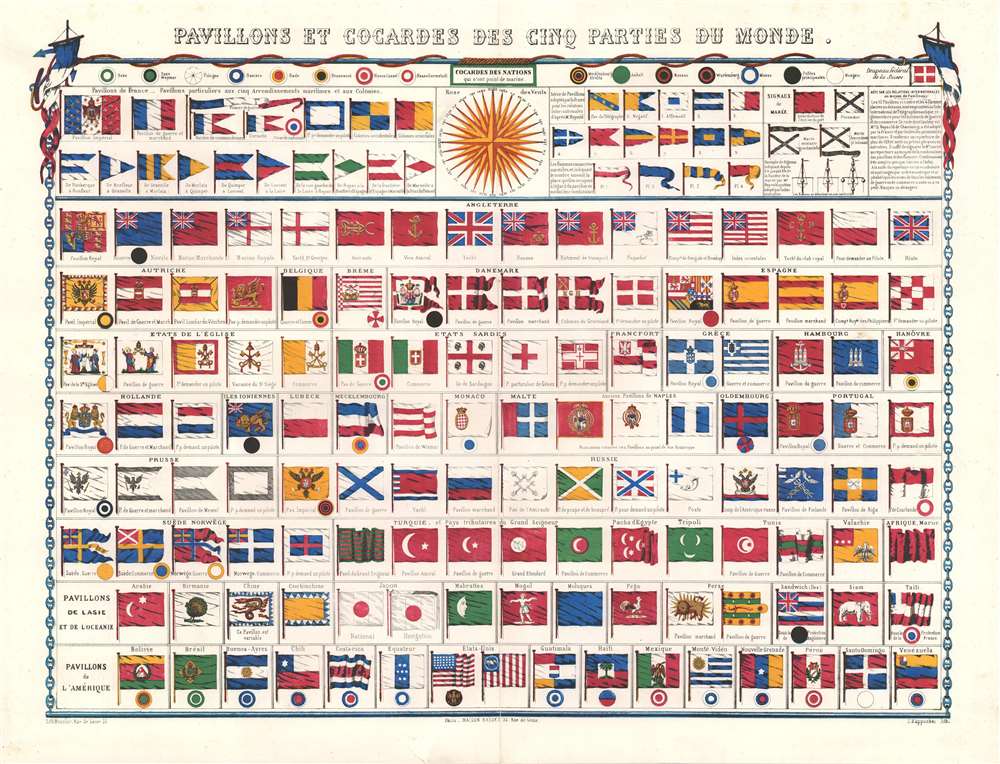 1850 Basset Chart of the Flags of Nations

A vexillogical chromolithograph delight, this is an extremely rare separate issue c. 1862 flags of world nations chart. Flags are broken up by region, with French flags at top, followed by England and other European powers, followed by African, Asian, and American flags. Among the more interesting flags are the Russian Postal Ensign, the white elephant flag of Siam (Thailand), the Cockerel flag of Pegu (Burma), and the Dragon flag of China. A large wind rose appears at top center.

The flag of the United States is the 34-star flag, inaugurated with the admission of Kansas as a state, in 1861. By 1863, with the admission of West Virginia, it was replaced with a 35-star Flag. It also shows an uncommon flag with vertical strips and an eagle - this is probably the U.S. Customs Ensign.

This chart was issued in 1862 by Maison Basset. It was engraved and lithographed J. Kuppenheim Lithographie and Lithographie Boucher. While the chart is undated, we were able to date it based upon the U.S. American Civil War flags depicted. This chart is exceedingly rare with this being the only known example.

Very good. Repaired partial centerfold split.
Looking for a high-resolution scan of this?