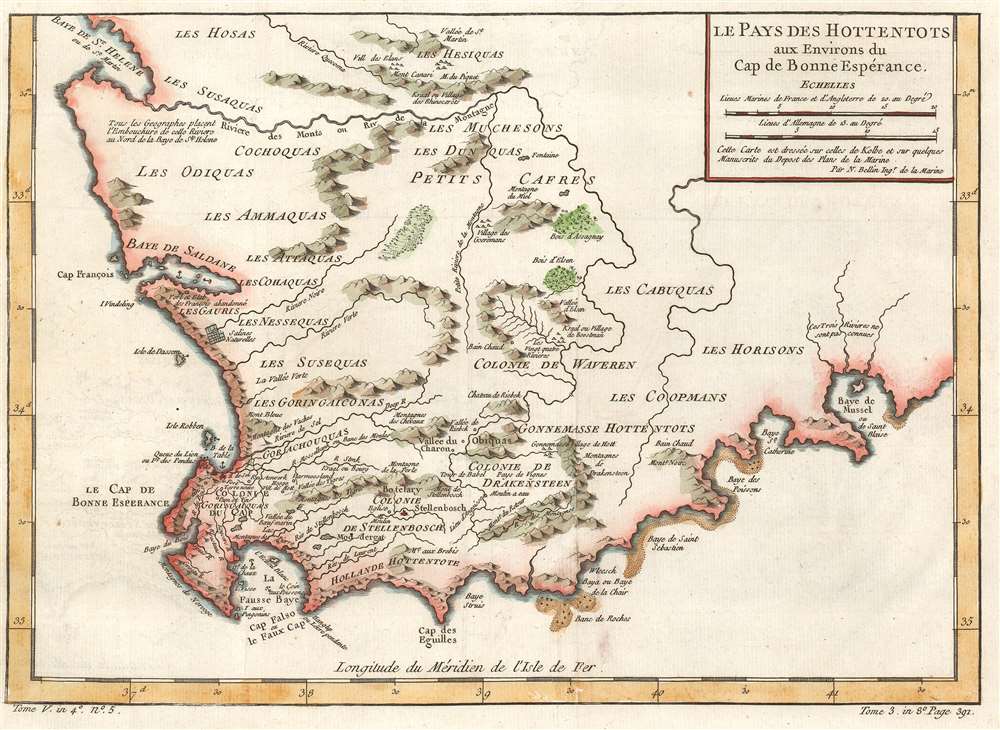 This is a 1754 Jacques-Nicolas Bellin map of western South Africa. The map depicts the region from the Atlantic Ocean to Mossel Bay and from St. Helena Bay to Cape Agulhas. Several Dutch colonies are labeled near the coast, including Cape Colony, Stellenbosch Colony and Drakensteen Colony. Both Stellenbosch and Drakenstein are modern municipalities outside of Cape Town. In this region, rivers and mountains are labeled, as are settlements, and even a church near Stellenbosch. Outside these three colonies, areas are labeled by the tribe that lived there. These names, however, are not what the tribes called themselves. The words 'cafre' and 'hottentot' are both used here. Today, these words are recognized as deeply insulting and offensive racial slurs. In the 17th and 18th centuries the term 'Hottentots', today known as the Khoikhoi, were characterized by savagery and were often depicted as cannibals.

This map was created by Jacques-Nicolas Bellin in 1754 for inclusion in Abbé Prévost's Histoire Générale des Voyages.