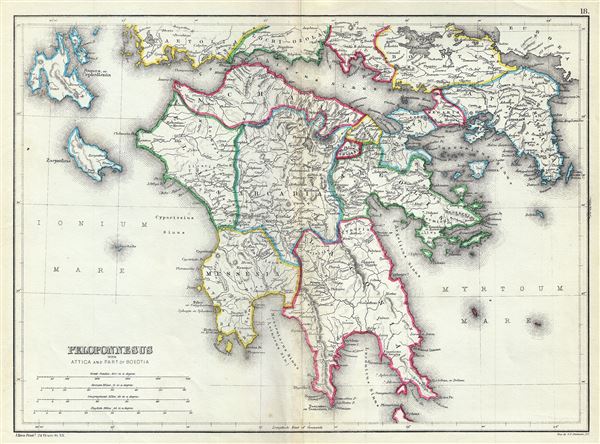 This is a scarce 1867 map of southern Greece during ancient times by William Hughes. The map covers the entire Peloponnese Peninsula including ancient Attica and parts of ancient Boeotia. The map notes several roads, towns and cities and uses both contemporary and ancient names - an invaluable resource for scholars of antiquity.

This map was created by William Hughes, printed by J. Bien and engraved by G.E. Sherman, for issued as plate 18 in Sheldon and Company's An Atlas of Classical Geography.