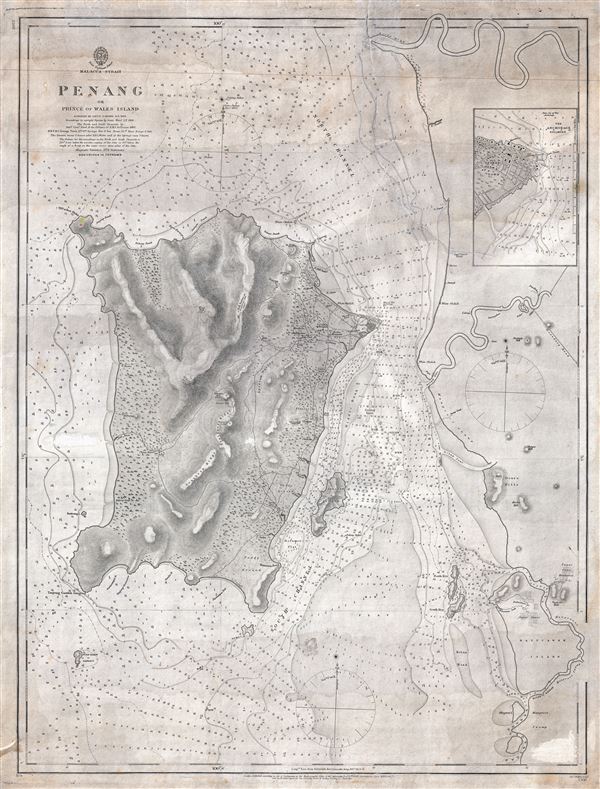 A scarce 1874 British Admiralty Hydrographic Office map of the island of Penang. Located in the Straits of Malacca just off the coast of Malaysia, this island became a British East India Company trading center when it was occupied by Captain Francis Light in 1786. Due to epidemic malaria, Penang was often called the 'White Man's Grave.' Nonetheless its capital, George Town, named after King George IV, became a prosperous city and part of the Straits Settlements. This map is extremely scarce this being the only known example outside of an institutional colleciton.