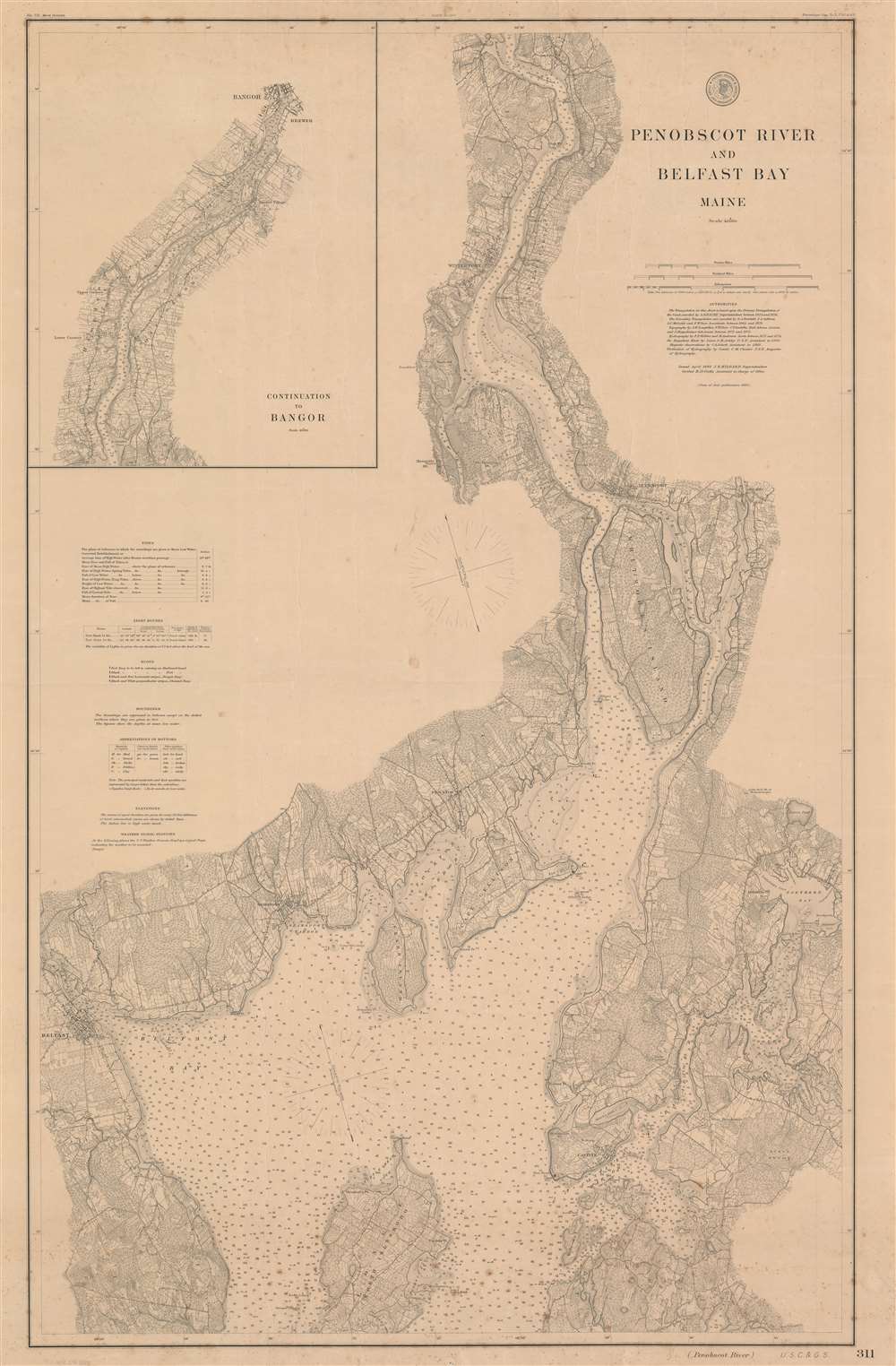 Depicts the Penobscot River from Belfast to Bangor.

This is an 1892 U.S. Coast and Geodetic Survey nautical chart or maritime map of the Penobscot River and Belfast Bay in Maine. The map depicts the region from Belfast to Northern Bay and Pierce's Pond and from Bald Hill Cove to Sabbath Day Harbor, with an inset situated in the upper left corner illustrating the river from just below Smith's Cove to Bangor. Highly detailed, myriad depth soundings are indicated throughout, including up the Belfast River and the Bagaduce River. Cities and towns throughout the region are labeled, including Bangor, Brewer, Hampden, Winterport, Bucksport, Orland, Stockton, Castine, Searsport, and Belfast. Roads snake their way across the landscape and topography is noted by topographical lines. Points, capes, coves, and bays are labeled all along the coast and the riverbank, allowing for their identification while navigating the river and bay.