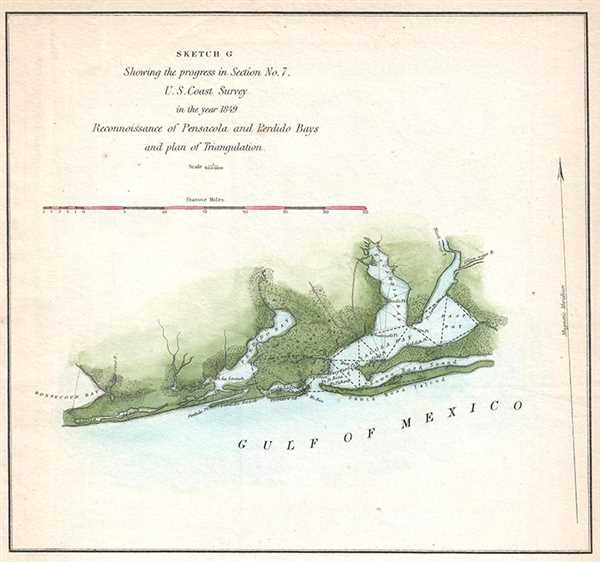 A lovely example of the 1849 U.S. Coast Survey progress and triangulation chart or map of the Gulf Coast of northwest Florida from Pensacola Bay and Santa Rosa Sound west to Bon Secour Bay in Alabama. Includes Perdido Bay. Progress maps of this sort were made to illustrate status of the national coast survey's work in various regions. The survey for this chart was conducted in 1849 and issued, as here, to accompany of the 1849 Superintendent's Annual Report to Congress.

Very good. Even overall toning. Minor foxing.
Looking for a high-resolution scan of this?