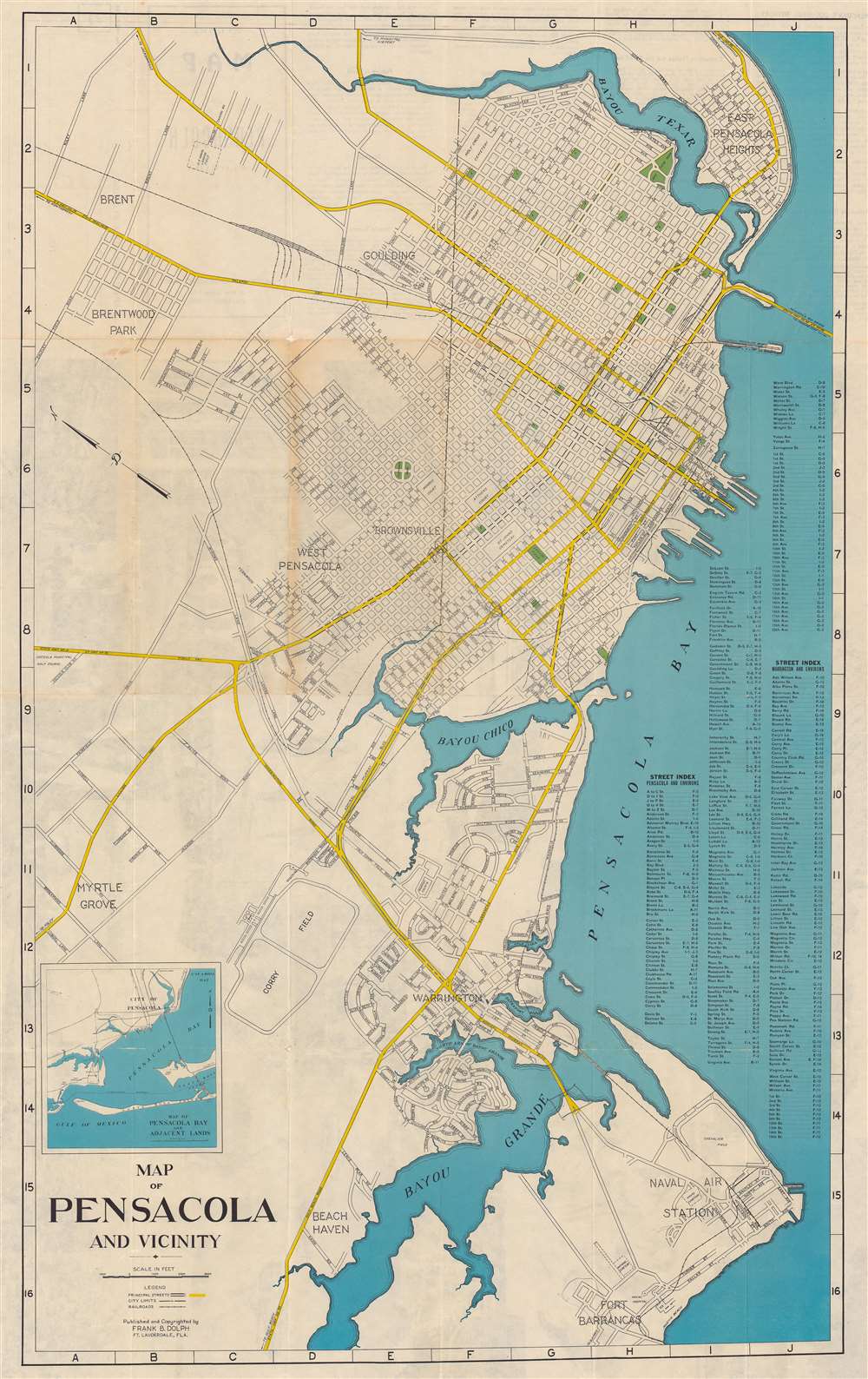 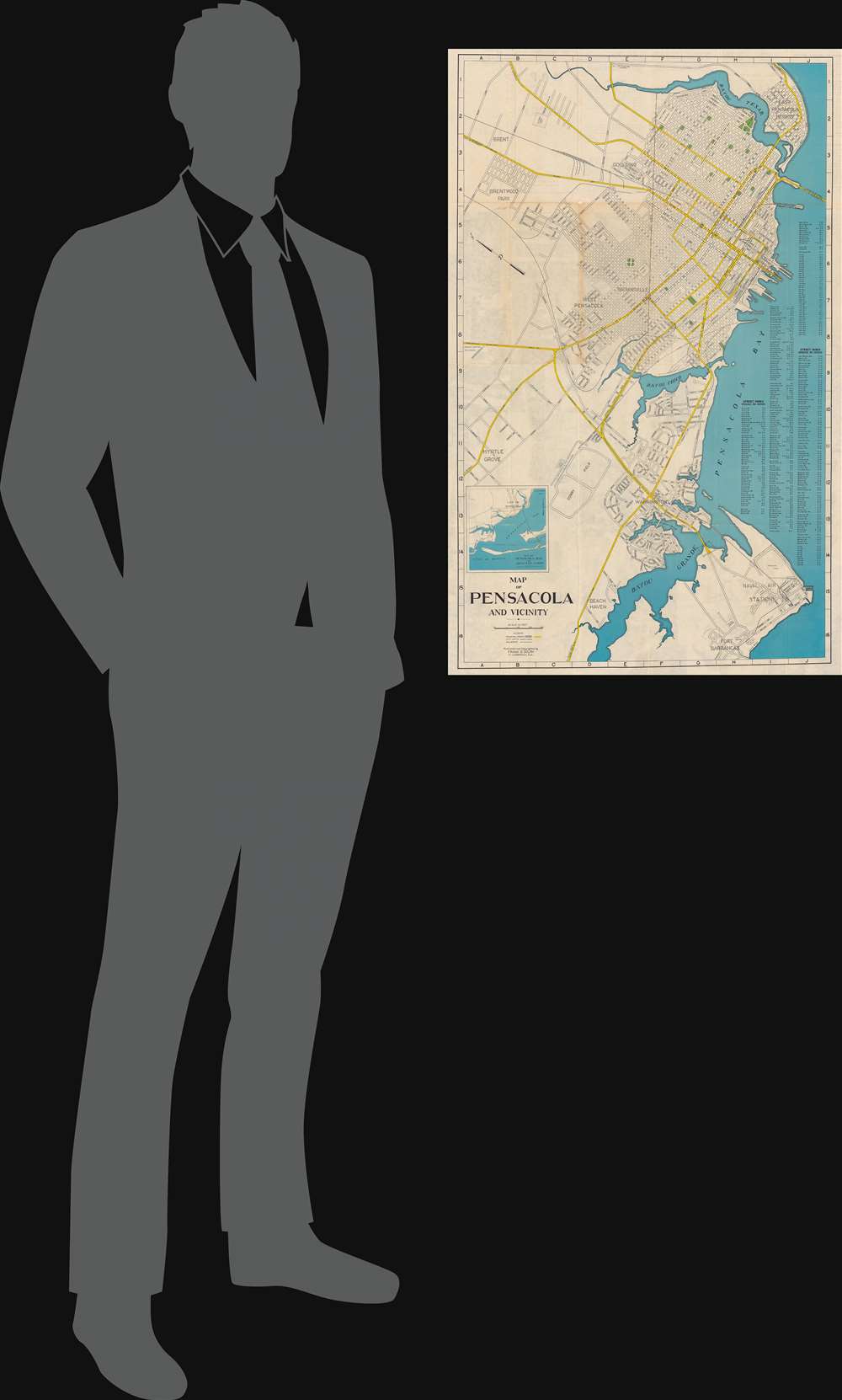 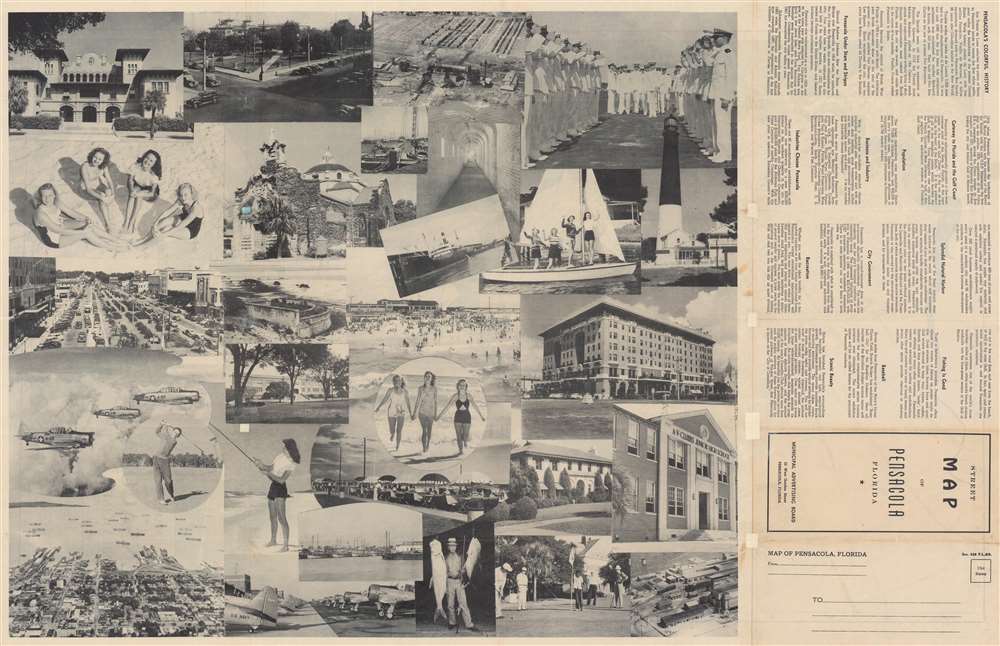 This is a c. 1947 Frank B. Dolph city plan or map of Pensacola, Florida, and vicinity. Parks, squares, Legion Field, and a playground all appear in green. Major thoroughfares are colored yellow and streets throughout the city are illustrated and identified. A street index is situated along the right border. An inset map of Pensacola Bay and the surrounding area occupies the lower left corner.

This map was created and published by Frank B. Dolph c. 1947. This is the only known cataloged example.

Good. Wear along original fold lines. Areas of infill at fold intersections. Text and printed photographs on verso.
Looking for a high-resolution scan of this?