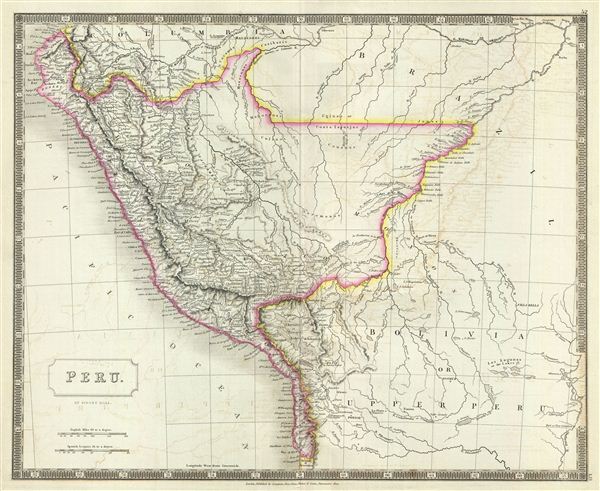 This is a beautiful map of the Peru from Sidney Hall's extremely scarce 1835 New General Atlas. It covers all of Peru as well as significant portions of modern day Brazil and Bolivia. Peru's claim to the Tarapaca region, which is today part of Chile, is shown here. Towns, rivers, mountains, railroads, canals, marshes, forests, and various other important topographical details are noted. Elevation throughout is rendered by hachure and political and territorial boundaries are outlined in color.