1849 Mitchell Map of Peru and Bolivia 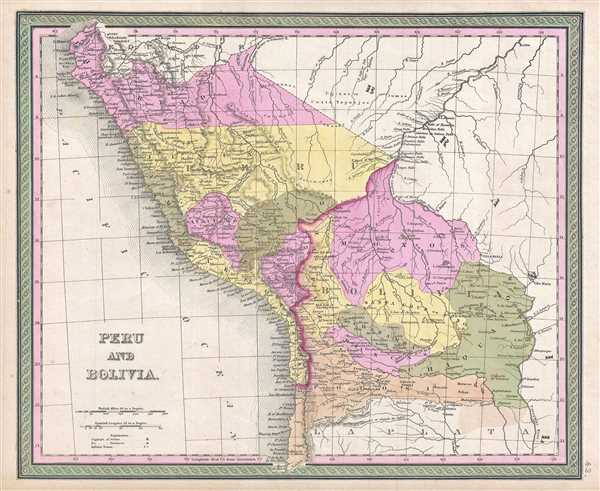 1849 Mitchell Map of Peru and Bolivia

Shows Bolivia with access to the Pacific Ocean through the province of Potosi
$150.00

This is a beautiful 1849 map of Peru and Bolivia by S. A. Mitchell. Centered on Lake Titicaca, on the Peru-Bolivia border, this map covers the whole of both countries following the South American Wars of Independence. Bolivia at this controlled the Pacific coastline from Atacama to Moro de Aldan, this territory was later ceded to Chile. Political and topographical features are noted and color coded with elevation rendered by hachure.