1850 Mitchell Map of Peru and Bolivia 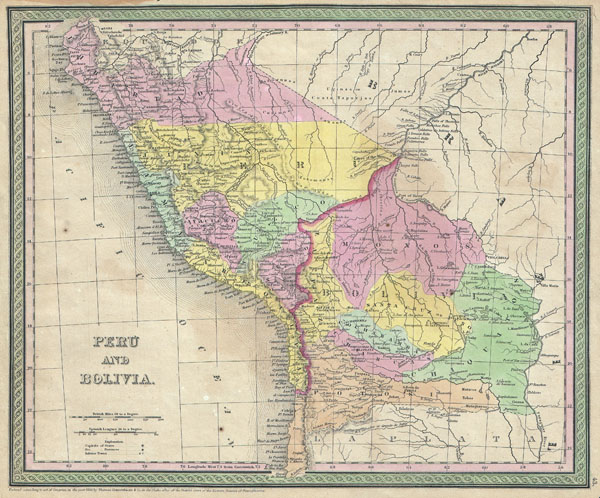 1850 Mitchell Map of Peru and Bolivia

An attractive example of S. A. Mitchell Senior's 1850 Map of Peru and Bolivia. Covers from Equator south to La Plata. When this map was made Bolivia had access to the sea through the province of Potosi – this territory is not controlled by Chili. Prepared by S. A. Mitchell for publication as plate no. 43 in T. Cowperthwait's 1850 edition of Mitchell's New Universal Atlas.

Mitchell S. A., A New Universal Atlas Containing Maps of the various Empires, Kingdoms, States and Republics Of The World. (1850 - 1853 issue)