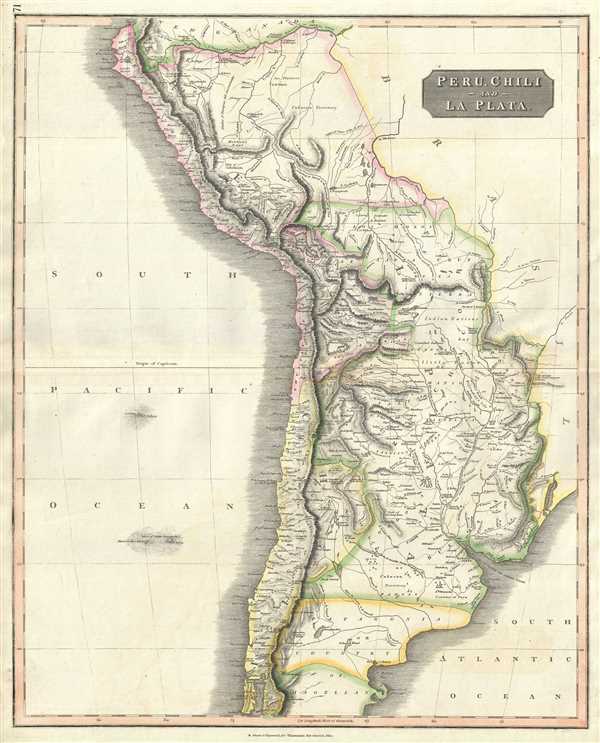 This is a beautiful 1817 Thomson map of Peru, Chile and Argentina. It covers Bolivia, Paraguay, Uruguay and parts of Peru, Chile, Argentina and Brazil. The map identifies towns, rivers, mountains, indigenous groups, and other political and physical features. Names important mountains in the Andes, including Aconcagua, the largest mountain in South America.

In 1821, Peru was proclaimed independent. Antonio Jose de Sucre, a Venezuelan independence leader and one of Simon Bolivar's closest friends, was given an option of either unite with the United Provinces of Rio de la Plata, stay under the newly formed Republic of Peru, or create and new nation. He chose the latter. Chile, during this time, was undergoing political upheaval and headed for civil war. After the last of the Spanish troops surrendered in 1826 and after the failure of the federalist system in 1828, Chile adopted a moderately liberal constitution. This in turn alienated both the liberal and federalist factions and would ultimately lead to the revolution in 1829 followed by 30 years of conservative governments.