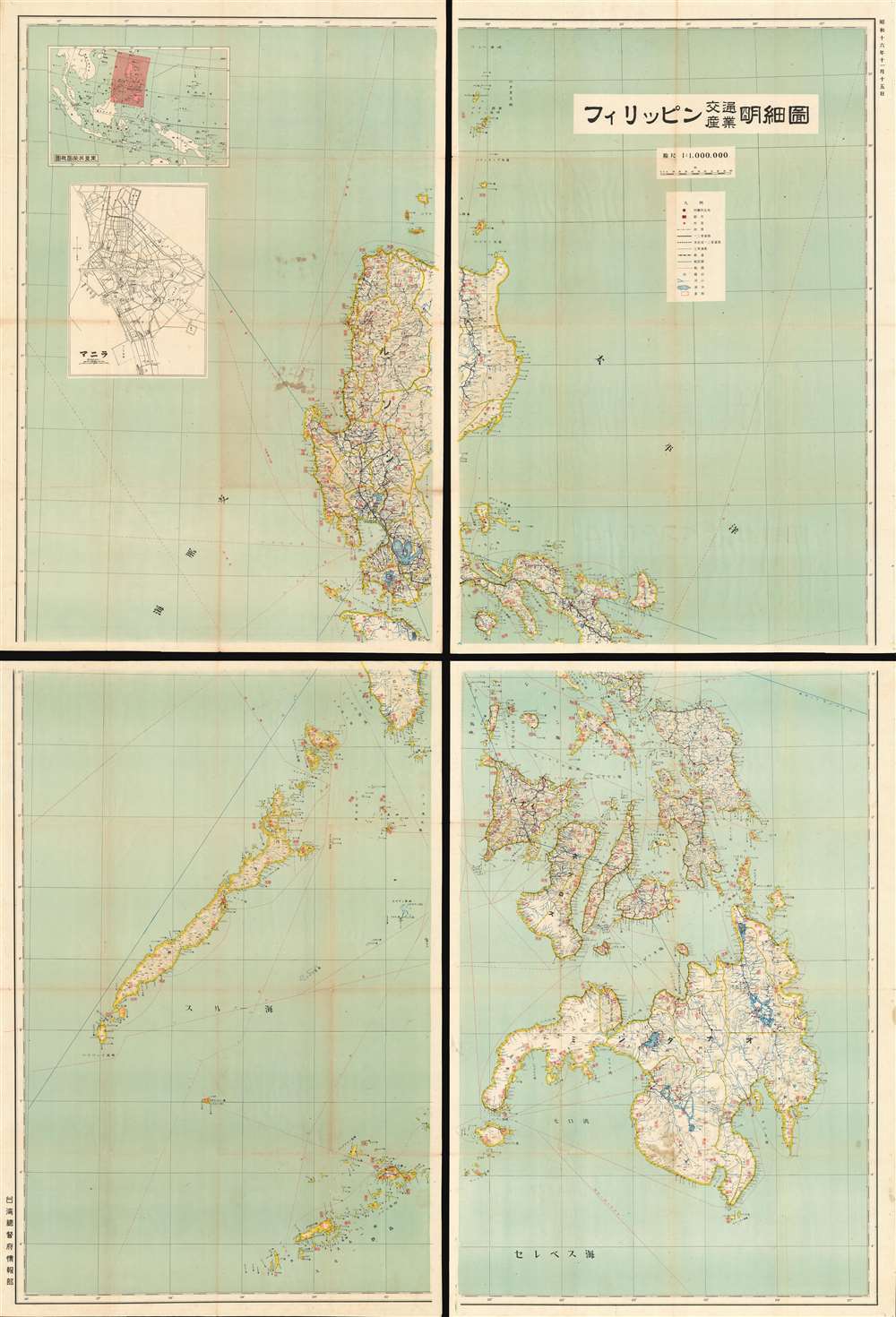 Issued on the very day the Taiwan-based Japanese Southern Army finalized plans to invade the Philippines.

This map was issued by the Taiwan Governor's Office propaganda newspaper, the Taiwan Times. It is rare with the OCLC identifying only one other example in the collections of Cornell. We are aware of two others in private hands.

Taiwan Times (January 8, 1919 – March, 1945) was a government issued Japanese newspaper published in Taiwan from 1919 – 1945. There were three publications that bore the name Taiwan Times, each was very different, and they are considered separate publications, but in fact, each succeeds its predecessor. First was the Taiwan Association Newspaper, which was published from 1898 to 1907. In Meiji 40 (1907) the defunct publication was taken over by the Taiwan branch of the Toya Association, which published as the Taiwan Times until 1919. In that year, it was taken over by the Taiwan Governor's Office (台湾總督府情報部), for which it was a propaganda tool for the Japanese Imperial Government. The newspaper focused on government and military affairs, the war progress, and general issued associated with the South China Sea region. It is considered the longest-lived and most far-reaching periodical issued during the Japanese occupation. Learn More...