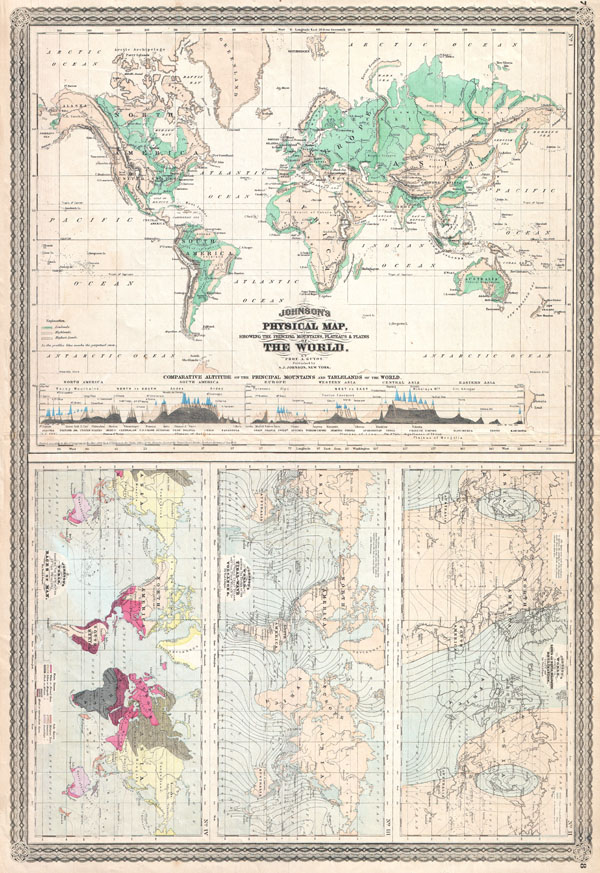 This is one of the thematic world maps from the rare 1870 edition of A. J. Johnson's Atlas of the World. Features four maps drawn c. 1858 by Professor A Guyot. The largest depicts the physical word and attempts to show elevation. The three smaller charts depict, from top to bottom, the world with lines of equal magnetic declination, the world's tides and volcanoes, and the 'races of man.' The whole is surrounded by the rare decorative border that appears only in the 1870 edition of Johnson's Atlas. All maps are dated and copyrighted 'Entered according to Act of Congress in the Year 1870 by A. J. Johnson in the Clerk's Office of the District Court of the United States for the Southern District of New York.' Represents page numbers 7 and 8 in the 1870 edition of Johnson's Atlas…

National Library of Australia, Map Room, MAP RM 3926.
Looking for a high-resolution scan of this?