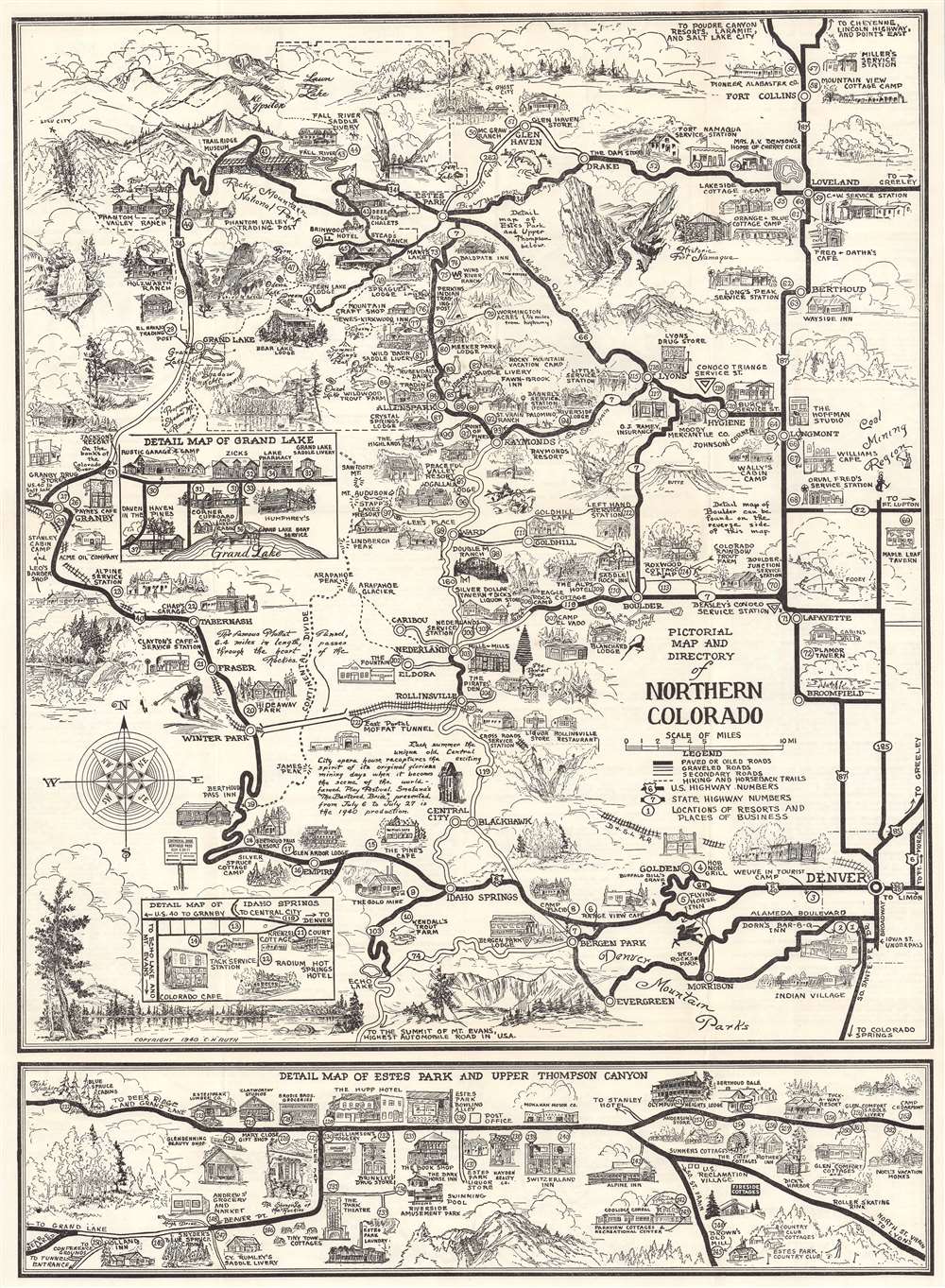 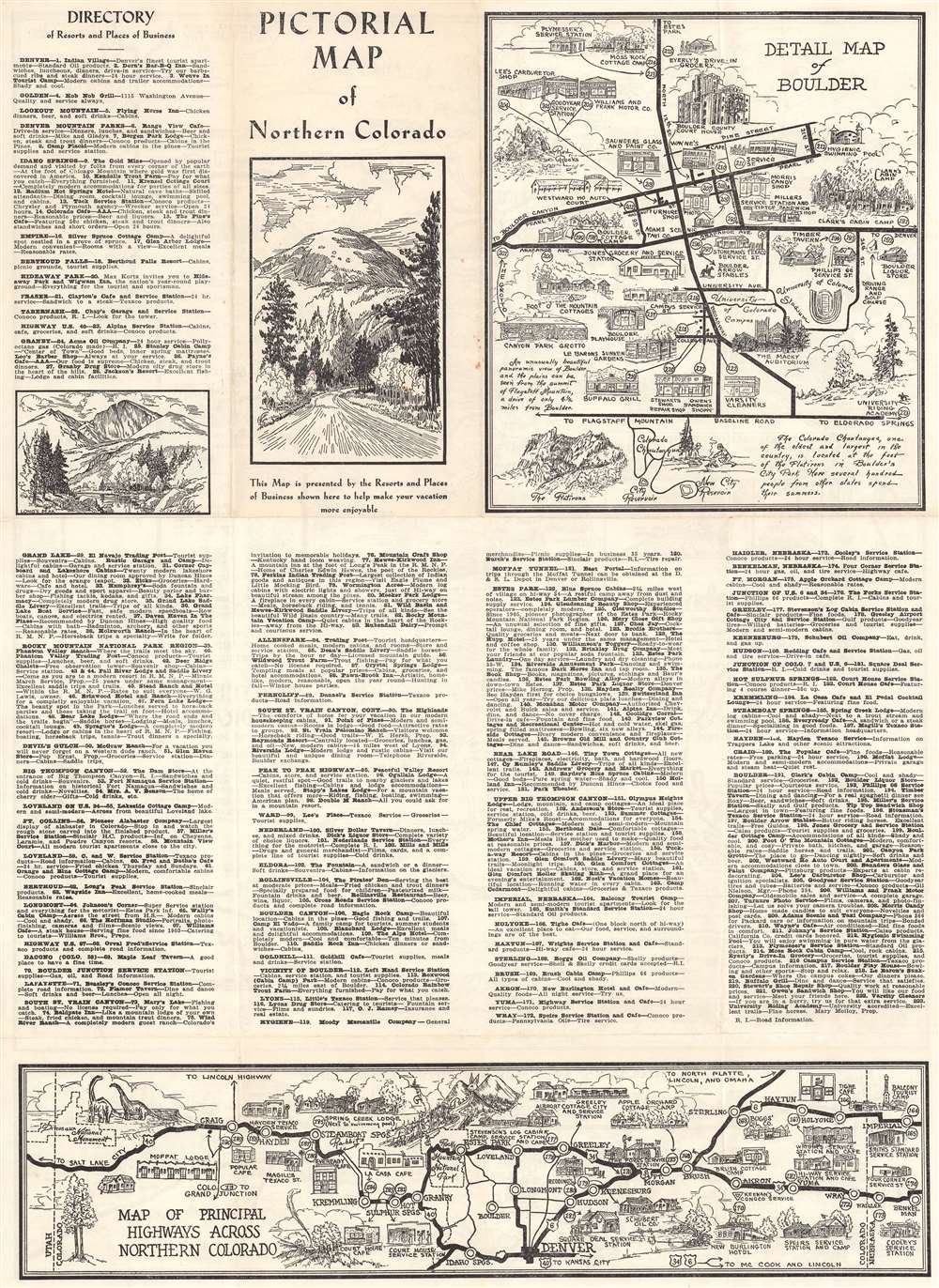 This is a 1940 C. H. Ruth pictorial map of northern Colorado and Rocky Mountain National Park. The map depicts the region from north of Fort Collins to Conifer and from Hot Sulphur Springs and Granby to Denver. Thick black lines mark U.S. and state highways, and bold black lettering labels cities and towns. Rocky Mountain National Park appears in the upper left and is delineated by a dotted and dashed line. Lodges, motels, service stations, stores, cabins, and myriad other businesses are illustrated in profile. 223 locations are numerically identified and indexed along the left side and on the verso. Inset maps detail business districts in Loveland, Grand Lake, Boulder, and Idaho Springs.

A detailed index occupies at least half of the verso and is accompanied by two smaller maps and a beautiful view of Long's Peak. The inset map in the upper right corner details Boulder, Colorado. The University of Colorado, cottages, cabins, and other businesses adorn this map in the same style as the large map on the recto. The third map, along the bottom of the sheet, highlights the principal highways of northern Colorado and identifies Rocky Mountain National Park, Dinosaur National Monument, and several cities, including Denver, Greeley, Steamboat Springs, and Estes Park.

This map was created by C. H. Ruth and published in 1940. An empty OCLC reference exists for this map, suggesting that an institution that was once affiliated with the OCLC but no long is created the entry.

C.H. Ruth (19xx - 19xx) was a cartographer and mapmaker active in the early to mid-20th century in the American West. Three pictorial maps of northern Colorado are known to have been created by Ruth and issued in 1939, 1940, and 1941 and focus on the region around Rocky Mountain National Park and the town of Estes Park. We have also found a source that credits a 'C.H. Ruth' for creating 'single sheet topographic maps' of national forests for the U.S. Forest Service. However, that source states that Ruth 'could not be found in Forest Service directories or in Polk's city directories of Missoula, Montana or Washington, D.C.' That source also speculates that since most of the maps created by C.H.Ruth were of forests in Idaho, that Ruth may have been based in Idaho. Learn More...