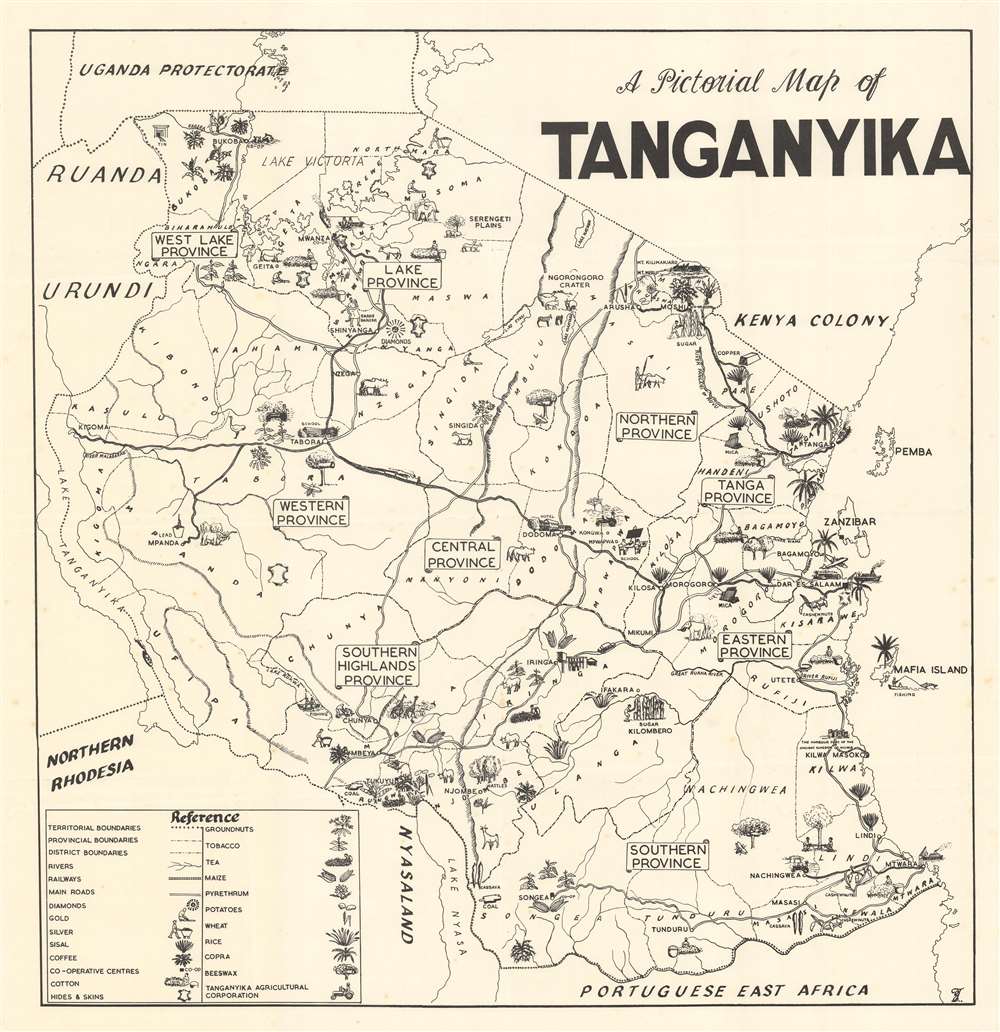 This corporation, however, is much less well-remembered than its predecessor, the British government's so-called Tanganyika groundnut scheme. In 1946, only a year after World War II, the head of the United Africa Company, Frank Samuel, put forward the idea of growing peanuts and other groundnuts in Tanganyika to produce vegetable oil. Still suffering from World War II induced rationing and deeply dependent on the United States, the British wanted to leverage their colonial empire into helping exhume the mother country. A mission was dispatched to Tanganyika, and by September 1946, it reported favorably on the likelihood of cultivating as much as 3.21 million acres of groundnuts by 1952. The program gained government approval in January 1947, and officials began recruiting a 'Groundnut Army.' Over 100,000 former soldiers volunteered. Once in Tanganyika, the program immediately began encountering problems. The first, related to transporting equipment, sprung up after the railroad tracks were wiped out by a flash flood. This meant that all the heavy machinery had to travel over dirt roads. Along the way, the workers encountered deadly crocodiles and lions, along with irritable rhinoceros and elephants. Tractors for clearing fields were scheduled to arrive by February 1947, but only sixteen had been delivered by April. Then there was the problem that water could not easily be accessed at the worksites, so it had to be ferried in and poured in a concrete pool, which the locals insisted on swimming in, much to the displeasure of the European workers. By the end of summer 1947, what tractors they had were destroyed by the unforgiving underbrush and landscape. Even the 'shervicks' (part Sherman tank and part tractor) only lasted a few days. Finally, they learned to link two bulldozers together with a chain that would cut through the brush while a third bulldozer turned over trees that resisted the chain. This method, the only successful one, allowed the Groundnut Army to clear forty acres a day. Then came the difficulty of planting the nuts, which, now that the brush had been removed, were backed into the hard clay soil and challenging to harvest. The British, ever-optimistic about the program, constructed the Southern Province Railway between Mtwara and Nachingwea (illustrated here on the lower right) to transport the nuts. Within two years, only 2,000 tons of nuts had been harvested. The British government canceled the project in 1951, which had cost over £49 million and rendered all the cleared land an unusable dust bowl. The scheme has become a symbol of government failure in late colonial Africa and was described as 'the worst fiasco in recent British colonial history' in 1953.

This map was created and published by an unknown entity and is not cataloged in OCLC. A map by the same name is part of the Maida Springer Kemp papers at Tulane University, but it has not been digitized.