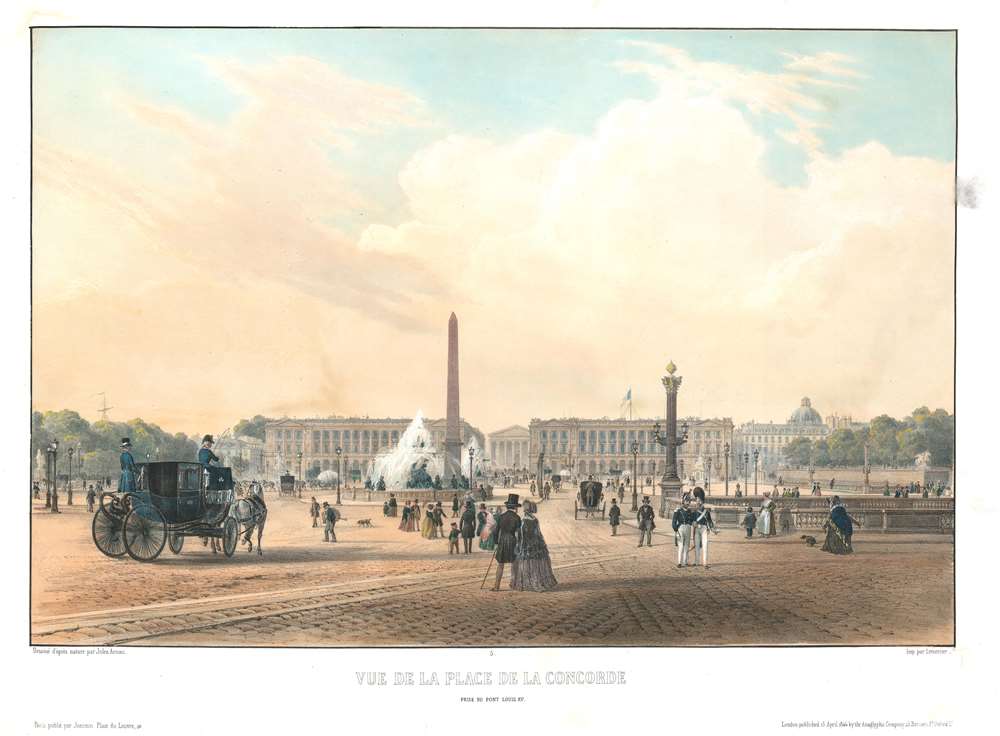 This is an 1844 Jules Arnout view of the Place de la Concorde in Paris, France. With the Luxor Obelisk at its center, Parisians are illustrated wandering about the square, which stretches from the Avenue des Champs-Elysées to the Jardin des Tuileries. Ladies are dressed in fine dresses, while most of the men sport coats and top hats. The fountains surrounding the obelisk are illustrated in their finest, while carriages with drivers and footmen try to avoid those walking. The Hôtel de la Marine and its twin, which today houses the Hôtel de Crillon, are depicted in the background, with the Église de la Madeleine visible down the Rue Royale.

This view was created by Jules Arnout, printed by Lemercier and published by Jeannin c. 1844. This example is one of the British editions which was published in London by the Anaglyphic Company in 1844. The only other known example is part of the collection at the Musée Carnavalet in Paris and is in black and white.

Good. Closed tear extending one half inch from bottom margin professionally repaired on verso. Exhibits some soiling. Blank on verso.
Looking for a high-resolution scan of this?