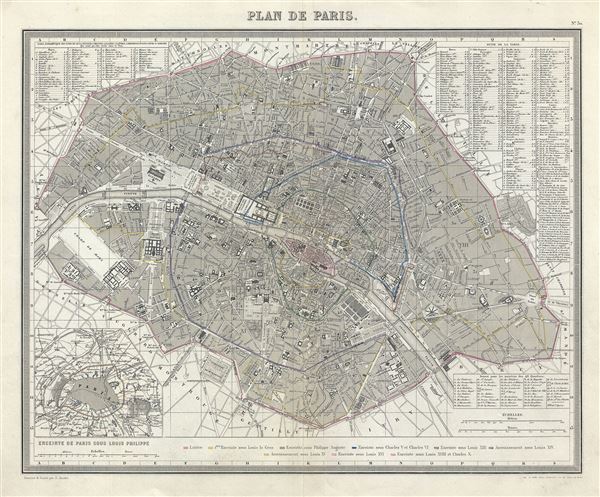 This is a fine 1874 map or city plan of Paris, France. It depicts Paris and its immediate vicinity in extraordinary detail. Centered on the Seine River, it covers Paris as contained in the Thiers Wall as well as its immediate vicinity. It reflects the transformation and modernization of Paris under Napoleon III and Georges-eugene Haussmann. The map details individual buildings, streets, monuments, railway lines, gardens and palaces. Issued before the construction of the Eiffel Tower. The bottom left quadrant includes an inset map featuring the environs of Paris while the top right quadrant includes an index. This map was prepared by Ambroise Tardieu and issued as plate no. 30 in his 1874 edition of Atlas Universel de Geographie Ancienne et Moderne.