1791 Bocage View of the Temple of Poseidon, with Plato and Disciples 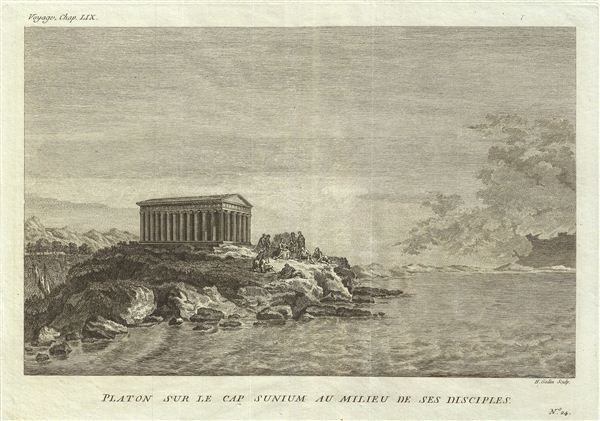 1791 Bocage View of the Temple of Poseidon, with Plato and Disciples

This is a fascinating example of the 1791 Bocage view of Cape Sounion in Ancient Greece. The site is famous for the ruins of the Temple of Poseidon (the Greek God of the sea). This view features Plato, the Greek philosopher and mathematician sitting amongst his disciples outside the Temple of Poseidon. Prepared by M. Barbie de Bocage in 1791 to illustrate the Travels of Anacharsis.