1790 Brion and Desnos Map of Poland and Lithuania 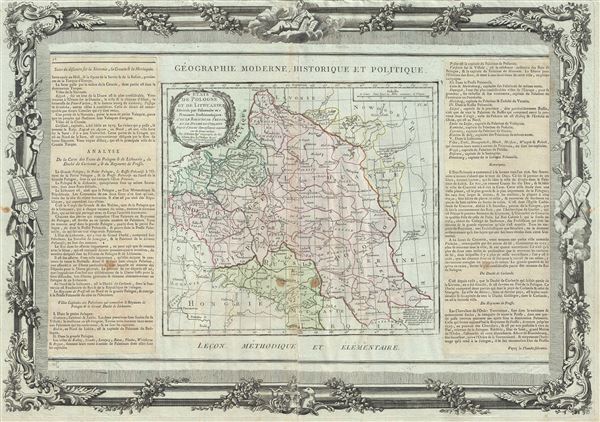 1790 Brion and Desnos Map of Poland and Lithuania

The map notes several important towns, cities, rivers and topography. Both the left and right sides of the map proper contain text and the whole is surrounded by a beautifully illustrated border. Prepared by Brion de la Tour and published in Louis Charles Desnos' Geographie Moderne, Historique et Politique.

Very good. Some toning and wear with verso repair along original centerfold. Blank on verso. Minor foxing at places. Descriptive text mounted on either side of map, as issued by original publisher.
Looking for a high-resolution scan of this?