1766 Bowen Map of Poland and Lithuania 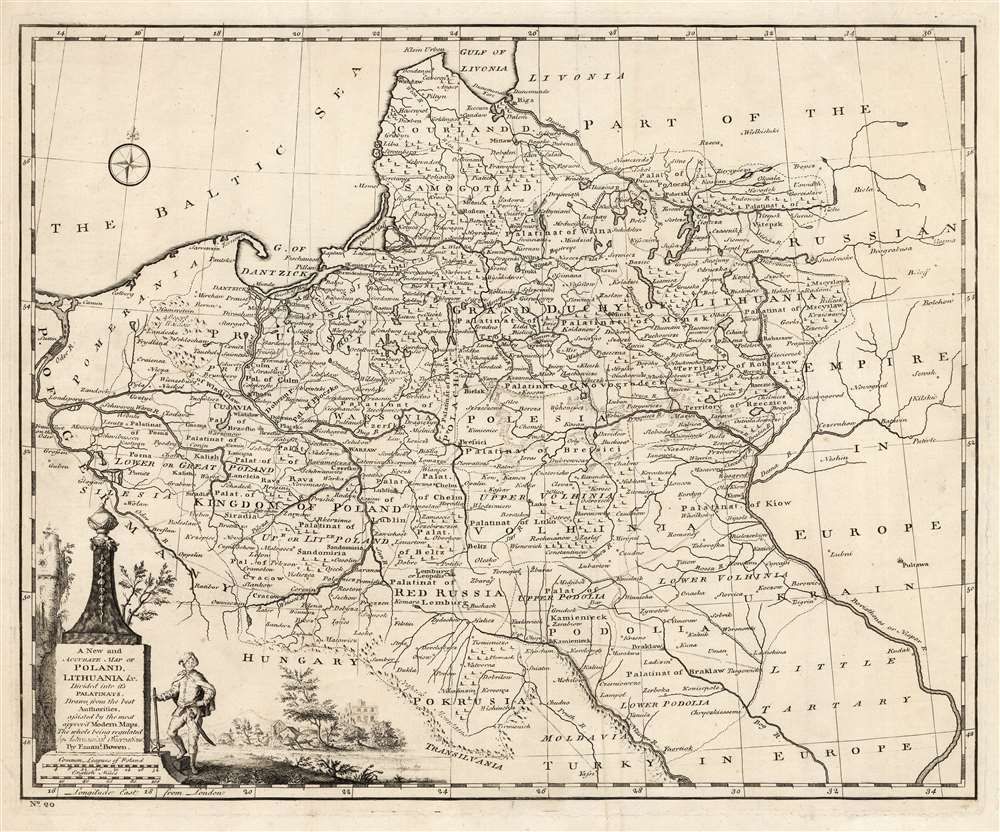 1766 Bowen Map of Poland and Lithuania

The Polish-Lithuanian Commonwealth Prior to Partition.
$400.00

This is a beautiful 1766 map of the Polish-Lithuanian Commonwealth, by the British cartographer Emanuel Bowen. It depicts the Palatinates, or administrative divisions of Poland and Lithuania as well as parts of adjacent Germany, the Russian Empire, Hungary, Transylvania, and Latvia. Important towns, rivers, roads, cities and other topographic features are noted, with mountains rendered in profile and forests shown pictorially. A beautifully illustrated title cartouche embellishes the lower left corner - with a ruined tower in the background, perhaps an allusion to the ravages of the wars that wracked the Polish-Lithuanian Commonwealth more or less constantly from 1648 to 1720.

Corrections to the Plate

This example was include in the 1766 edition of the Bowen Atlas. It is distinguishable from the 1747/52 edition by the changed pagination (noted below) and by two changes in the body of the map: in 'Upper or Little Poland,' the place name 'Sandomir' is corrected to 'Sandomiria,' and the Western Dvina River has been corrected from 'Duna' to 'Dvina.' (This river is now known as the Daugava.)

Bowen, E., A Complete System of Geography. Being a description of all the countries, islands, cities, chief towns, harbours, lakes, and rivers, mountains, mines, etc., of the known world …, (London) 1766.