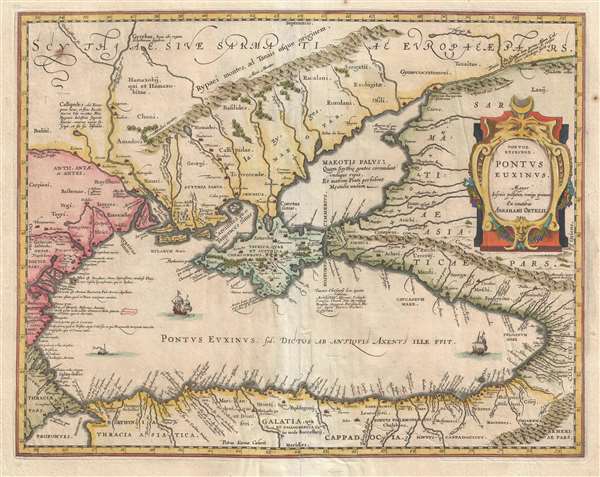 This map was published as a part of Abraham Ortelius' Theatrum Orbis Terrarum in 1603 in Amsterdam.