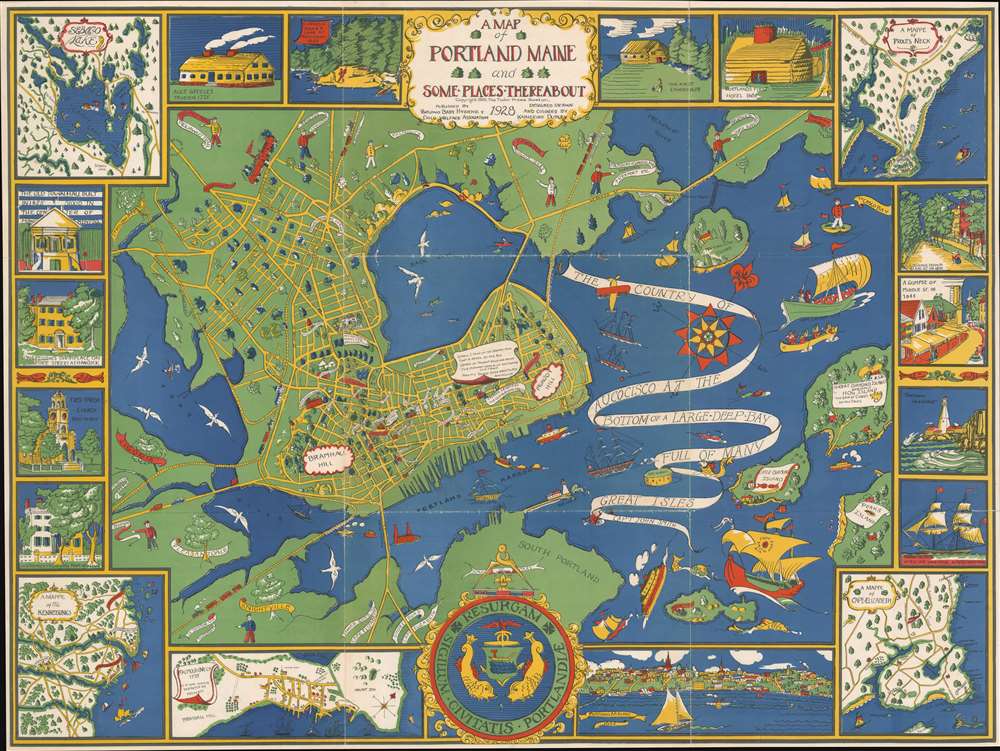 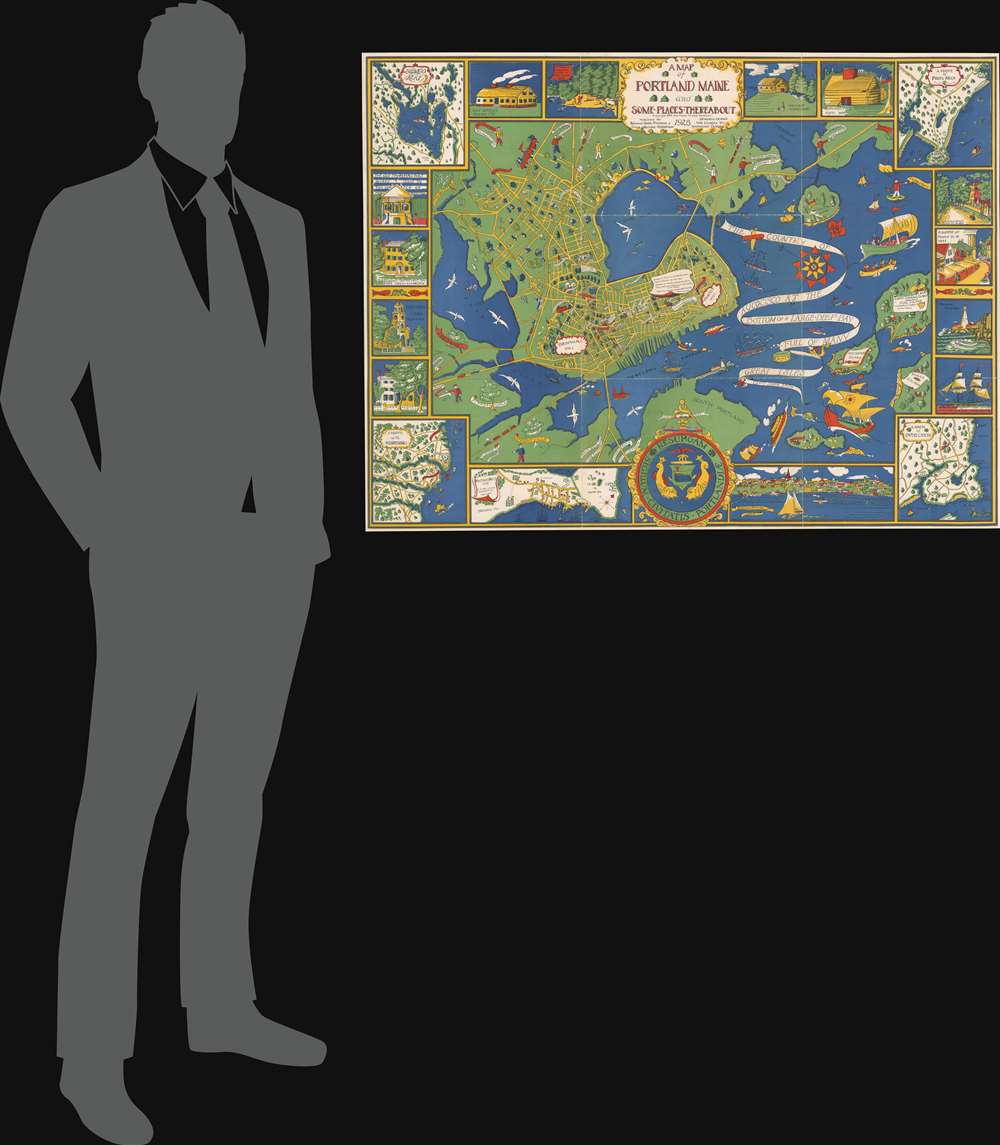 This is a 1928 Katherine Dudley chromolithograph pictorial city map or plan of Portland, Maine. The map depicts Portland from the Fore River to Mackworth Point and from the Presumpscot River to Fort Scammel and House Island. Whimsically illustrated, buildings throughout appear in profile labeled with white banners. These include schools, churches, the hospital, the public library, and the Y.M.C.A. Bug Light marks the entrance to Portland Harbor and the bay is filled with ships. Captain John Smith's vessel, which arrived in 1614, is evident, as are the Canceau, the Spitfire Bomb, and Captain Levett's 1623 expedition. The whole is bordered by a series of vignettes and inset maps depicting Portland's first church, first hotel, views State Street and Middle Street, and a view of Portland itself. The extraneous maps focus on Falmouth Neck, the Kennebunks, Sebaco Lake, and Prouts Neck.

Katherine Dudley (April 20, 1875 - March 5, 1969) was an American artist and social advocate. Born in Iowa, Dudley was a member of the Baby Hygiene and Child Welfare Association in Portland when it was founded in 1919. She married Frederic C. Dudley around 1899, with whom she had five children. She died in Portland, Maine. Learn More...