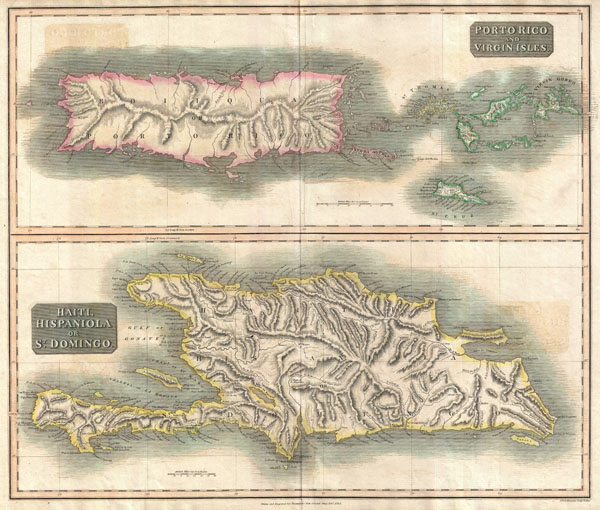 This fascinating hand colored 1814 map by Edinburgh cartographer John Thomson depicts the modern West Indies or Caribbean nations of Porto Rico, the Virgin Islands, Haiti, and the Dominican Republic. Divided into two sections, this is a spectacularly detailed map of this regions. Depicts towns and cities, river courses, missions, and topographic details. One of the finest maps of these islands to appear in the 19th century.