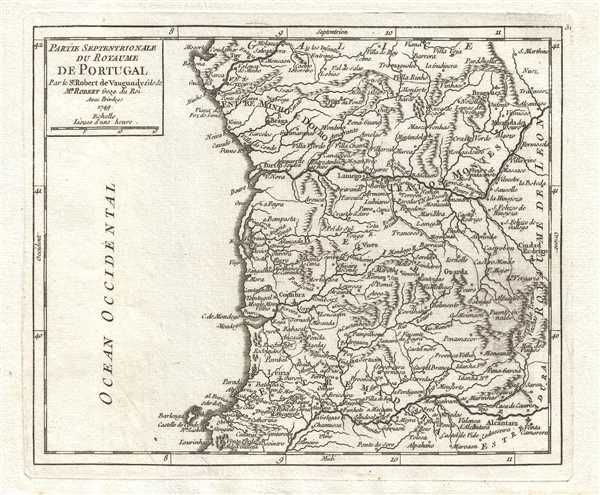 This is a 1749 Vaugondy map of northern Portugal. The map depicts from the Portuguese border with Galicia to Estremadura and from the Atlantic Ocean (Ocean Occidental) to the border between Portugal and the Kingdom of Leon (Royaume de Leon) in Spain. Porto, the second-largest city in Portugal behind Lisbon, is labeled on this map and is located along the Douro river estuary, which is also labeled. The historical center of Porto was named a World Heritage Site in 1996. Lamego, also depicted here, can trace its origins to before the Roman occupation of the Iberian Peninsula. Numerous other cities and towns are labeled throughout the map, along with several rivers, including the Mondego. Forests and hills are depicted in profile.