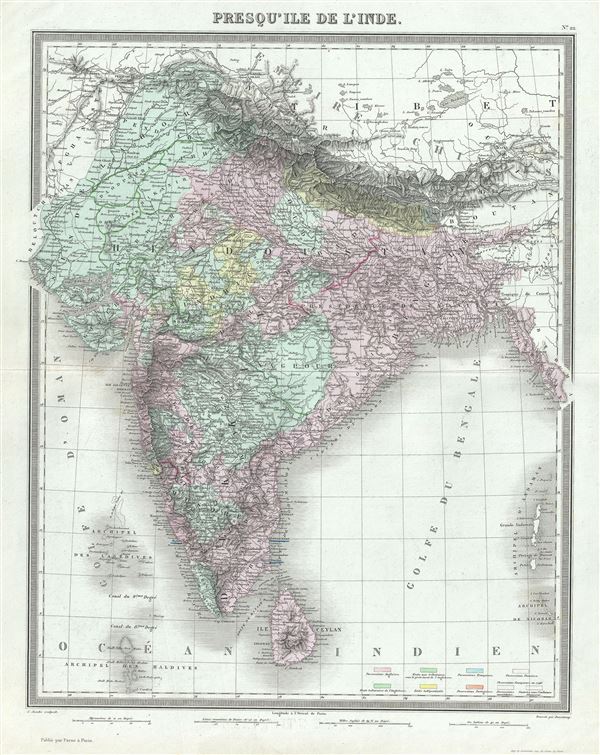 This is a beautiful 1874 map of the Indian Subcontinent by Ambroise Tardieu. It covers the entire subcontinent from the Himalayas south as far as Ceylon (Sri Lanka) and from Sindh as far east as Burma. The modern day nations of India, Pakistan, Nepal, Bhutan, Bangladesh, Sri Lanka, Burma and parts of Thailand, Tibet and Afghanistan are included. The Andaman and Nicobar Islands, Maldives and the Lakshadweep Islands are also identified. The map is highly detailed with both political and physical data with the Himalayas beautifully depicted. Various cities, mountains, roads, rivers and an assortment of additional topographical details are noted.

The map depicts most of what is today modern India and what was, when this map was made, British India. In 1857, following the Sepoy Revolt, the east India Company was dissolved and governance of India was administered directly by the British Crown. The British Raj ruled India until its independence in 1947.

This map was prepared by Ambroise Tardieu and issued as plate 22 in his 1874 edition of Atlas Universel de Geographie Ancienne et Moderne.