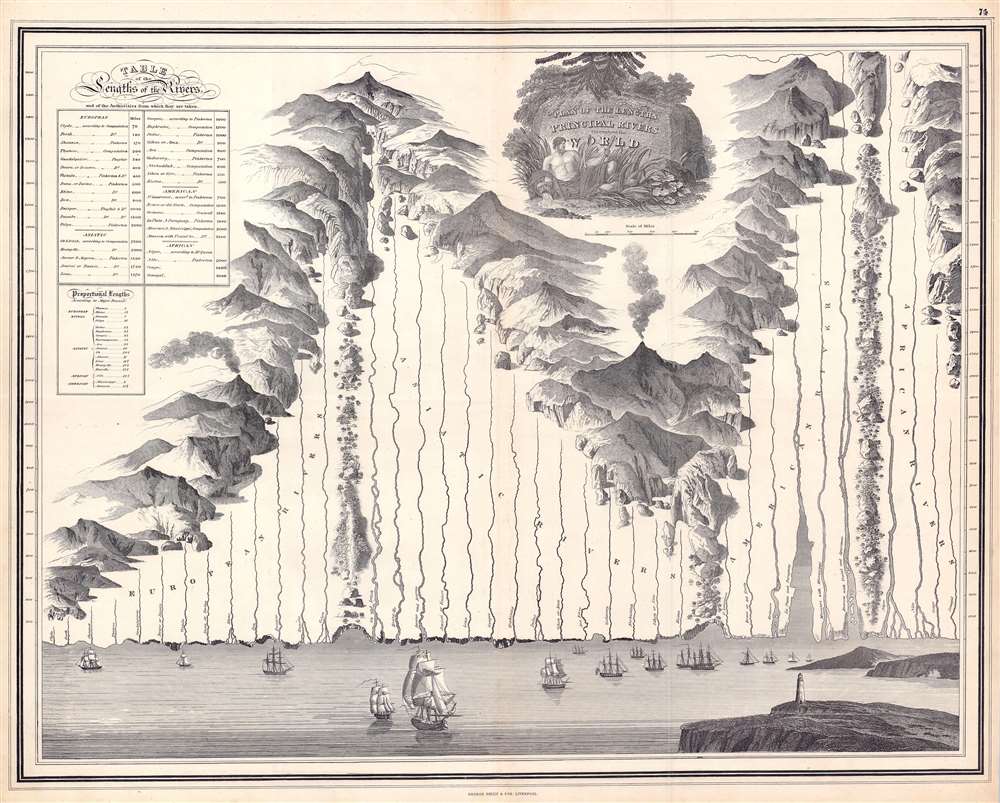 This is a c. 1830 George Philip and Son comparative chart of the world's rivers. Divided geographically, the world's rivers fall into four groups: European, Asian, American, and African. Philip employs boulders, ridges, forests, and mountain ranges to divide the groups. The rivers originate in fantasy mountain ranges. All the rivers empty into a sea along the bottom of the chart. Here, it is worth noting that Philip also pays close attention to the mouths of the rivers and illustrates their deltas in some detail. Among these are the Rhine, Volga, Indus, Niger, and Nile. The mouths of the Amazon and the Rio de la Plata receive exceptional treatment. Numerous sailing ships ply the waters of this vast imaginary sea and a lighthouse occupies a point of land in the foreground on the right. A table situated in the upper left provides the length of each river in miles. A smaller table compares the length of the Thames (an English reader's likely point of reference) with that of other world rivers and states that the Amazon is over fifteen times as long.

This chart was published by George Philip and Son c. 1830. It is not cataloged in OCLC and we are aware of only two other examples, both in private hands.

Very good. Exhibits light wear along original centerfold. Blank on verso.
Looking for a high-resolution scan of this?