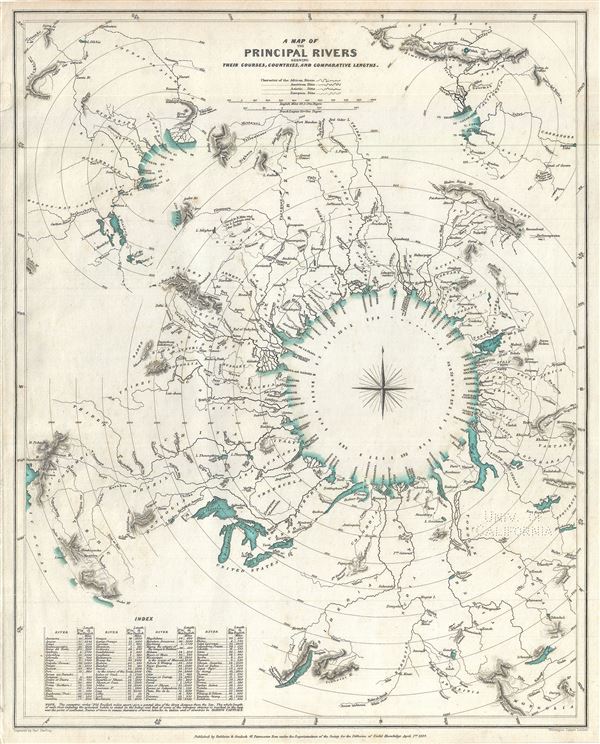 This curious comparative rivers chart published in 1834 by the Society for the Diffusion of Useful Knowledge or S.D.U.K. is somewhat unique in that it imagines all of the great rivers of the world letting out into a circular inland sea. Concentric circles show the general lengths of the rivers as the bird files, but cannot take into account the twists and turns of the rivers themselves. What this chart does show is, to a degree, the direction and course of the rivers' flow. Direction, which in other comparative rivers charts is indicated textually, here is illustrated visually. Nevertheless, though innovative and physically attractive, this S.D.U.K. comparative rivers chart never caught on beyond its initial publication.

This map was originally published by Baldwin and Craddock and copyrighted April 1, 1834, but was issued in Volume two of Chapman and Hall's 1844 edition of Maps of the Society for the Diffusion of Useful Knowledge.