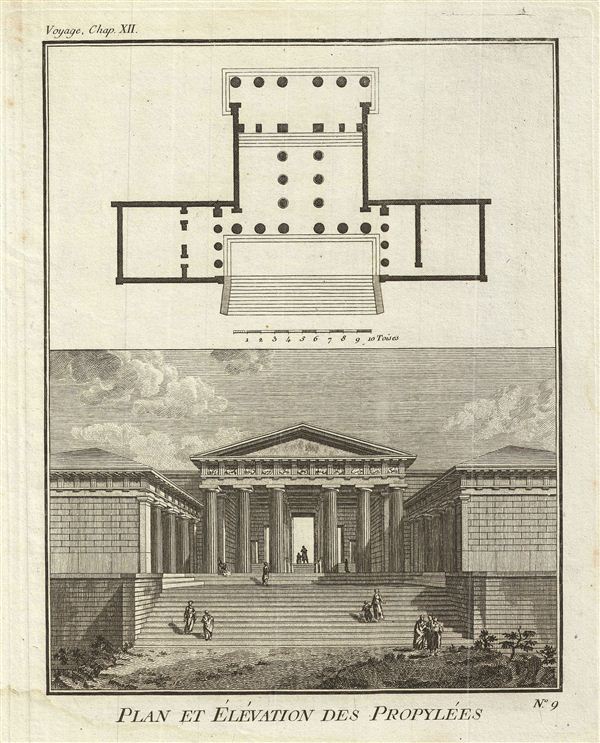 This is a fine example of the 1791 Barbie de Bocage map or plan of the Propylaea in Ancient Greece. Divided in two, the upper portion of the map shows a plan of the 'Gateway to Acropolis,' while the lower half contains a beautiful view of the same. Prepared by M. Barbie de Bocage in 1791 to illustrate the Travels of Anacharsis.