1831 Stucchi Astronomical Chart of the Solar System and its Mechanics 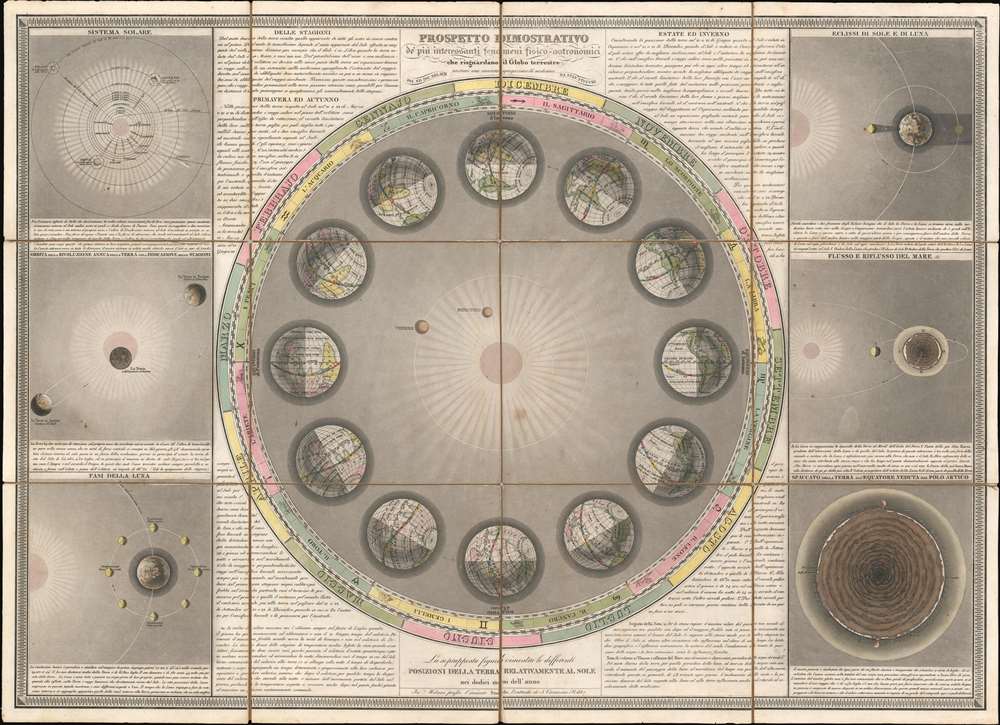 1831 Stucchi Astronomical Chart of the Solar System and its Mechanics

Eclipses, Tides, and the Solar System.

This is an 1891 Stanislao Stucchi chart of the Solar System and its mechanics. Seven charts printed on one sheet and short explanations accompany each chart.

This chart was created and published by Stanislao Stucchi in 1831. The individual charts were inspired by those published by Sigismond Visconti in 1815. This chart is not cataloged in OCLC and we have been unable to locate any other examples.

Stanislao Stucchi (c. 1780 - 18xx) was a Milanese engraver and publisher active in Milan during the early 19th century. He published maps, views, and other printed images. Learn More...

Very good. Dissected and mounted on linen in twelve (12) panels. Linen exhibits wear along original fold lines. Verso repair to linen fold separation.
Looking for a high-resolution scan of this?